From the colonization of America until the establishment of the Department of Education in 1867, home education in the United States was the norm. Then, as public and Catholic schools became ubiquitous and mandatory school attendance was enforced, home education dwindled. It was reserved for those in special and extenuating circumstances, such as missionary families living abroad.

Growth of the homeschool movement

In the late 1960s, many educators began writing about school reform. Most notable among them was  John Holt, a fifth grade teacher who criticized compulsory institutionalized schooling as being oppressive and detrimental to true learning. He eventually became a strong proponent of homeschooling. In 1977, Holt started the first magazine for homeschoolers, Growing Without Schooling, where he introduced the term “unschooling.” At the time, most home schoolers either lived in rural areas and/or homeschooled “underground”. Many of these parents were highly influenced by Holt's writings and taught their children at home for pedagogical reasons. They wanted to free their children from the rigidity of the classroom and to allow them to learn at their own pace while pursuing their own interests. It was during this time that homeschooling began to take off.

In the 1980s,  homeschooling became largely a Christian movement.  Spurred on by the teachings of preacher Greg Harris, who encouraged homeschooling as a way to pass on the faith, Evangelicals blazed the trail. As public schools became increasingly secular and at times even intolerant of biblical teaching, Christians of other denominations joined the ranks. Catholic families had Catholic schools as a means of educating their children. However,  deterred by tuition costs and disenchanted with parochial schools that were Catholic in name only,  many conservative Catholics began to follow suit.

Were parents capable of teaching? Didn't they need to be certified? How would they even know how and what to teach? These were questions school officials, law-makers, and parents themselves began to ask.  In 1983 attorneys Michael Farris and Michael Smith founded the Home School Legal Defense Association. They began helping parents fight legal battles surrounding their rights to homeschool. State by state, homeschool laws affirming the rights of parents to educate their children at home were passed.  At the same time, veteran home educators began writing books instructing parents how to homeschool. Books such as Home Grown Kids  and The Big Book of Home Learning  were giving parents know-how and confidence in their ability to teach. 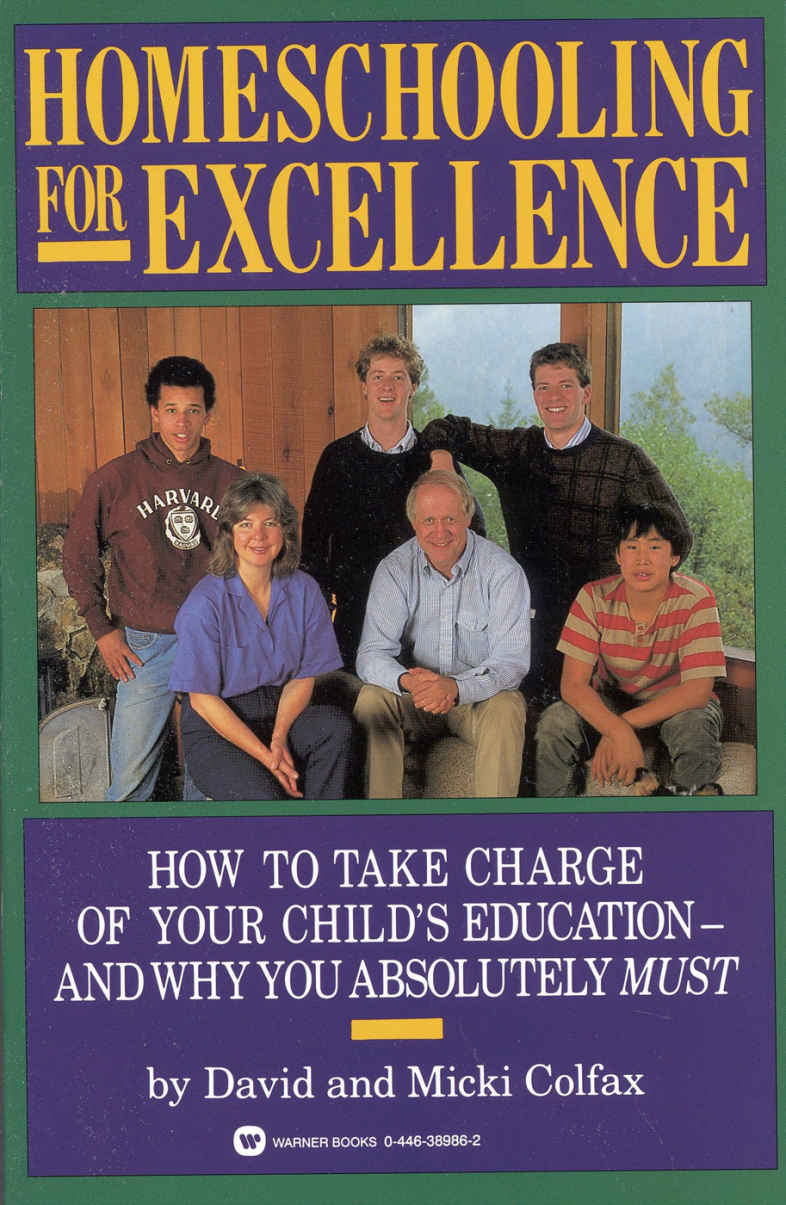 In 1988 David and Micki Colfax published Homeschooling for Excellence, which caused a stir within the fledgling homeschool community. After being homeschooled through high school at a rural California ranch, three of the four Colfax boys were awarded full scholarships to study at Harvard. Here was encouragement that parents could indeed teach their children and help them reach a high degree of academic excellence. Of course it would take more than the success of one family to convince prospective homeschooling parents that they, too, could home educate. But many more success stories were soon to follow.

The 1990s and the early  2000s was a time of tremendous growth in the homeschooling movement.  The advent of the internet played a vital role in building homeschool communities. It enabled families to find other homeschooling families living in their area, to support each other, and to share their success stories online. Parents posted and shared curricula, and students began taking online courses. Homeschool graduates excelled in college academically and socially, giving credence to the effectiveness of home education.

Meanwhile, parents were becoming increasingly alarmed about the problems plaguing many public schools, such as poor academics, drugs, bullying, and promiscuity. The best public schools were in affluent areas where property taxes were very high, making them inaccessible to middle and lower-class families. More and more parents felt they had no choice but to homeschool. In 1990, there were about 275,000 homeschoolers in the U.S.  By 2012, there were an estimated 1.8 million homeschooled students,  3.4% of the student population.

The homeschoolers of the 1970's were educational reformers. The homeschoolers of the 1980s and 90s were mainly devout Christians. Today's parents homeschool for a variety of reasons, but according to the NHES Survey of 2016, the three most important reasons are (still) a concern about the environment of other schools (34%), a desire to provide religious or moral instruction (21%), and a dissatisfaction with academic instruction at other schools (17%).

There are several reasons why  parents who are dissatisfied with the academic instruction at their local schools believe they can do a better job of educating their children:

There is wide variation in teaching methods and philosophies amongst homeschoolers, from unschooling to structured classical learning, from hands-on learning to rote learning and workbooks. Nonetheless, children educated at home tend to do extremely well on standardized tests, scoring significantly higher than their average public-schooled peers. (According to test results from 12,000 homeschoolers in 2009,

In the core studies (reading, language and math), the average home-schooler scored at the 88th percentile. The average public school student taking these standardized tests scored at the 50th percentile in each subject area.) In 2014, the SAT test scores of college-bound homeschool students were higher than the national average of all college-bound seniors that same year.

Moreover, this study shows  a higher percentage of homeschoolers graduating from college (66.7%) compared to their traditionally schooled peers (57.5%). Thus, it is no surprise that an increasing number of colleges are seeking out homeschooled graduates, including Ivy league schools such as MIT, Harvard, Stanford, and Duke.

Passing on the faith

In a worldly culture that is inundated with materialism and licentiousness, many parents homeschool primarily to pass on their faith and moral beliefs. These parents want their children to be rooted in faith and not easily confused or swayed by moral relativism and other popular trends. And they’re not just Christians. The numbers of Jews and Muslims who are homeschooling are on the rise. They, too, are concerned about highly explicit sex-ed programs and teachings that undermine their religious and family values.

The good news is that homeschooling does enable parents to pass on their religious beliefs to their children. A survey of  9369 homeschooled adults “who were churched growing up” shows that 87% claim to have “strong Christian beliefs.”  Among Catholics, young men with a homeschool background are four times more likely to enter seminaries than those educated in Catholic institutions. In many ways, religious home schools are similar to the monasteries of the middle ages, preserving and passing on the Christian faith in a secular culture. 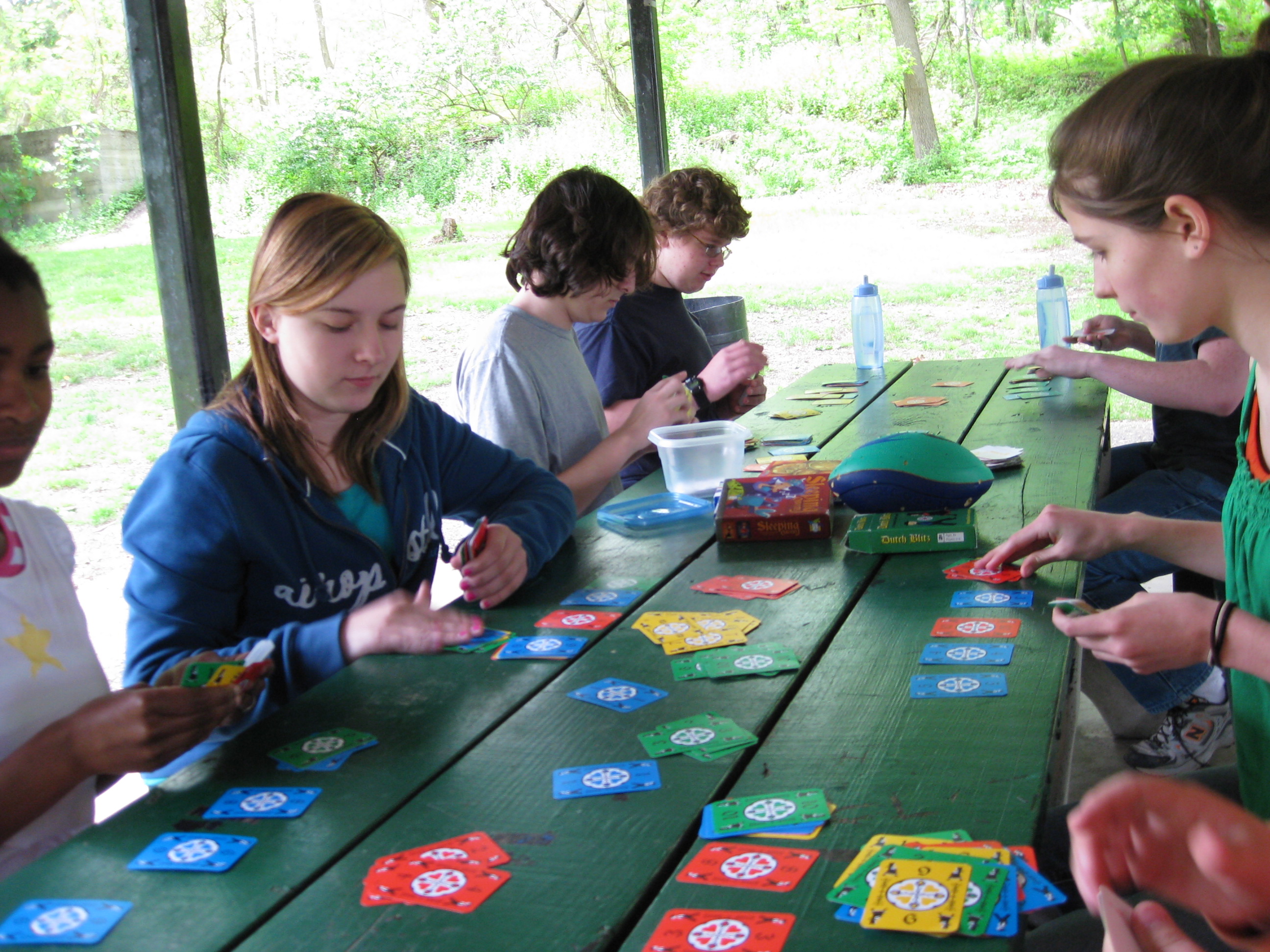 Homeschool picnic. By whgrad (CC BY 2.0) via Wikimedia Commons

And what about socialization? Several parents choose to homeschool because their neighborhood school environments do not facilitate proper socialization. The bullying, drugs, social-media addiction, anxiety, and depression so prevalent among today's youth make healthy socialization a real challenge. Meanwhile, the old impression that homeschoolers are socially inept is beginning to dissipate. Here's why:

In any sub-culture or group, there will always be socially awkward  people. However, by and large, homeschooling parents today are doing an excellent job of helping their children develop strong social skills. For, as researcher Smedly observed,

In the public school system, children are socialized horizontally, and temporarily, into conformity with their immediate peers. Home educators seek to socialize their children vertically, toward responsibility, service, and adulthood, with an eye on eternity.

Indeed, there are many outstanding schools in the U.S., public, private, chartered, and religious. Children at these schools enjoy nurturing learning environments, dedicated teachers,  and in the case of faith-based schools, solid religious and moral instruction. However, in the absence of such schools or due to financial or geographic limitations,  many families desire other options.

Even with the availability of excellent schools, several families choose to educate their children at home. Home education can be extremely challenging at times and thus not feasible for everyone. But for those who can and want to, homeschooling is immensely effective, enriching, and rewarding for the entire family. Hence homeschooling in the United States is not only flourishing and vibrant, it also has a proven track record.

Mary Cooney is a home-schooling mother of six who lives in Maryland. She blogs at Mercy For Marthas.