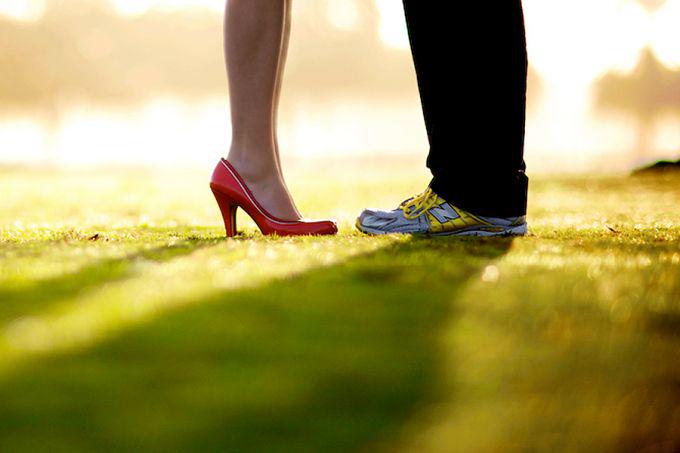 Or does it just seem we have one all of a sudden, from high profile news stories?

Gender and race have featured prominently in media lately under the whole category of the ‘trans’ movement.

What does the transgender movement do to the feminist movement? The Federalist considers.

A central theme of modern, or third-wave feminism is that women should not be treated merely as sexual objects. A central theme of the trans movement is the presentation of trans women as hypersexual objects. Feminism is not big enough for both of these themes. Either being a woman is essentially defined as being alluring to men, or it isn’t. Either the playboy bunny defines the essence of womanhood, or it doesn’t. At the moment, the trans movement opposes more than a century of feminism on this point. Third-wave feminists, in their eagerness to be allies, have abandoned this basic tenet. It must be reclaimed.

How have we arrived at a point in which feminists fundamentally alter their definition of womanhood to accommodate men?

This is a good examination of conscience for the feminist movement, among others, but chief among others.

There is nothing male about pants, muscles, and short hair. Just ask Rosie the Riveter. The social constructs of feminine and masculine are totally up for grabs, and that’s fine, but a masculine woman is still a woman, and there’s nothing wrong with that, or with that woman living however she wants to. The same goes for feminine men.

The problem here is how Annie Leibowitz and Vanity Fair set about showing us that Jenner is truly a woman. They did it by painting precisely the pinup we teach our daughters to reject as their central aspiration. The sexual objectification of trans women is used as proof of their womanness, but the sexual objectification of non-trans women is considered demeaning because it associates their primary worth in relation to male desire. Being oppressed by men is being oppressed by men, even if those men are wearing dresses.

A prominent civil rights activist who heads a Washington state NAACP chapter has apparently been identifying herself as African-American for years despite being white, her mother revealed Thursday.

Rachel Dolezal, president of NAACP Spokane and adjunct professor of Africana studies at Eastern Washington University, is a leading voice in the local black community, and was even invited by the city to chair a police oversight commission.

So, a white lady posing as a black lady, better to identify with blacks, is bizarre. And unnecessary, as her mother attests.

Rachel’s mother attributed her daughter’s behavior to being raised among four adopted African-American siblings, during which time Dolezal began to “disguise herself.”

“Her effectiveness in the causes of the African-American community would have been so much more viable, and she would have been more effective, if she had just been honest with everybody,” Ruthanne Dolezal told the Spokane Spokesman-Review.

Those high profile identity stories breaking as close together as they did in news cycle time led some commentators to draw comparisons. First Things Magazine’s Carl Trueman was one.

the point of comparison is rather obvious: If identity is a matter of psychological conviction and can override and even directly contradict biology, then we have no basis to privilege the soft biology of race over the much more significant biology of sex. Nor can the possession of a history of oppression lead to such privileging. Talk to any feminist. They can tell you something about oppression.

Into the upheaval came Pope Francis, steeped in the long history of human anthropology, and usually with something to say that applies them to these confusing times. Especially about the transgender movement, so widely covered in recent days and weeks.

One week after Bruce Jenner appeared on the cover of Vanity Fair wearing an ivory corset declaring he is a woman, Pope Francis again denounced gender ideology as an aberration.

Speaking to the bishops of Puerto Rico on Monday, June 8th, during their ad limina visit to Rome, the Pope said the ideology is among the most pernicious threats to marriage and family life.

“Let me draw your attention to the value and beauty of marriage,” he said. “The complementarity of man and woman, the crown of God’s creation, is being questioned by so-called gender ideology, in the name of a freer and fairer society.”

But “the difference between man and woman is not for opposition or subordination, but for communion and procreation, always in the ‘image and likeness’ of God,” he said…

Pope Francis explained that while contemporary culture has opened new opportunities for understanding the sexual difference, it has also introduced “many doubts and much skepticism.”

“For instance,” he said, “I wonder if the so-called gender theory is not also an expression of a frustration and resignation, which aims to eliminate the sexual difference because it no longer knows how to face it.”

“The removal of the difference, in fact, is the problem, not the solution.”

(Where did that get covered in big media?)

He therefore urged the bishops of Puerto Rico to “safeguard the treasure” of marriage, which he called “one of the most important of Latin American and Caribbean peoples.”

The Pope also called on the bishops to defend and protect the family from the many social problems that afflict it, including: “the economic situation, migration, domestic violence, unemployment, drug trafficking, and corruption.”

Always directing attention to the existential peripheries, Francis took this opportunity to say, in so many words, that certain First World ‘ideologies’ are remote from the realities of tragic Third World struggles unimaginable to the privileged political classes and cultural elites in the West.

We have poverty, joblessness, lack of access to education and opportunity, community safety and solidarity, and the existential peripheries here too. We just have to focus attention on these social problems. Which should be easier once we recognize how connected they are with the stories grabbing headlines for other, more sensational reasons.