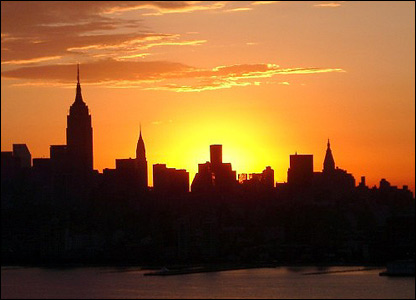 Most things don’t or can’t change overnight. But when the calendar turns over once a year, it seems like anything is possible.

Just getting out of 2011 was cause enough for celebration.

For one night, at least, revelers gathered and hoped for a better future, saying goodbye to a year of hurricanes, tsunamis and economic turmoil that many would rather forget…

Revelers in Australia, Asia, Europe and the South Pacific island nation of Samoa, which jumped across the international dateline to be first to celebrate, welcomed 2012 with booming pyrotechnic displays. Fireworks soared over Moscow’s Red Square, crowds on Paris’ Champs-ElysDees boulevard popped Champagne corks at midnight.

But many approached the new year with more relief than joy, as people battered by weather disasters, joblessness and economic uncertainty hoped the stroke of midnight would change their fortunes.

“It was a pretty tough year, but God was looking after us and I know 2012 has got to be better,” said Kyralee Scott, 16, of Jackson, N.J., whose father spent most of the year out of work…

Many expressed cautious hope that better times were ahead after a year in which Japan was ravaged by an earthquake and tsunami, hurricanes wreaked havoc across the country and a debt crisis devastated Europe’s economy.

“Everybody’s suffering. That’s why it’s so beautiful to be here celebrating something with everybody,” said Lisa Nicol, 47, of Melbourne, Australia.

Cautious optimism is the theme headlining this year.

Several people preparing to celebrate the holiday in the U.S. told the AP that they would usher in the New Year hoping the Congress would become a more cooperative place. Some talked about their hopes for the presidential election. Others said they hoped to hold on to their job, or find a new one to replace one they’d lost.

An Associated Press-GfK poll conducted Dec. 8-12 found that 62 percent of Americans are optimistic that the nation’s fortunes will improve in 2012, and 78 percent hopeful that their own family will have a better year. Most wrote off 2011 as a dud.

Debbie Hart, 50, of Perry, Ga., called herself the “perpetual optimist” who believes each year will be better than the one before.

“I married a farmer. `Wait until next year. Next year will be better.’ That’s what I’ve been hearing for 30 years,” said Hart. “I have faith.”

Keeping it will make the difference this year.