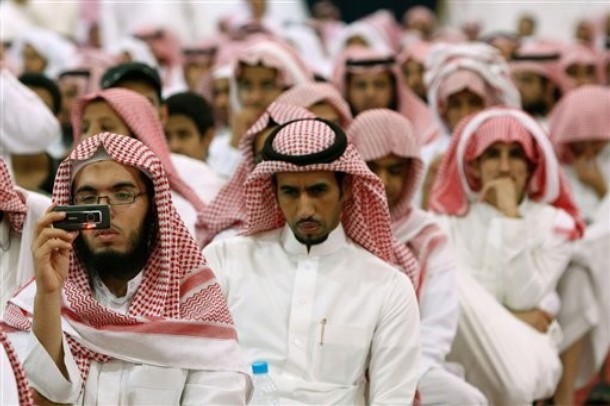 The death of Saudi Arabia’s King Abdullah has stirred debate about the future direction of the world’s richest Arab state. That direction will be significantly coloured by how his brother and successor, King Salman, approaches Wahhabism – the religious sect that is at once an intrinsic part of the state and its biggest threat.

Western leaders have been flocking to Riyadh to pay their respects to both the dead and the new king, with Barack Obama even cutting short his state visit to India. This indicates just how crucial Saudi Arabia is, both to the faltering global economy and to the current crisis over the threat of Islamic State in the Middle East.

Saudi Arabia is the West’s most important Arab and Islamic ally, but it is also a great embarrassment – flogging bloggers and beheading women being particular points of contention.

The general opinion is that the late king went some way towards modernising and liberalising Saudi society, but did nothing much about corruption and numerous other issues. Now, there is some concern about whether the new king will continue this agenda and how far he will be willing to go.

Though it gives the appearance of monolithic control by the ruling elite, Saudi Arabia is in fact riven by profound tensions. These perpetually threaten to erupt and transform things forever. One such fault line centres on the nature and role of a Sunni sect and its connection to radical Islamism.

Wahhabism is named after an 18th century Arabian theologian of the Hanbali school and is the strictest of the four Sunni Islamic juridical schools. It was originally the cornerstone of Saudi statehood. In 1744, Muhammad bin Saud, the founder of the current royal dynasty, made a pact with theologian Muhammad bin Abd al-Wahhab, in which the latter provided the crucial religious underpinning for the former’s project to unify and centralise the warring tribes of Arabia, bringing them under his control.

Saud and Wahhab’s pact enabled the Saudis to establish their first state in Nejd (Central Arabia) in 1745. That state was twice defeated – by Muhammad Ali Pasha of Egypt in 1818 and by the Saudis’ Arabian tribal rivals in 1891. It re-emerged within its present borders in 1932.

Central to the Saudis’ military and political success was their renewed alliance with pro-Wahhabi nomadic militias called ikhwan (literally “brotherhood”). Ever since, Wahhabi ideology has been central to the survival and legitimacy of the state of al-Saud.

Wahhabism is an Arabian form of Salafism, the movement within Islam aimed at its “purification” and the return to the Islam of the Prophet Mohammed and the three successive generations of followers.

Its two major points of reference are the Koran and the Sunnah. The latter consists of hadiths – stories not included in the Koran – describing how the Prophet and the four righteous caliphs dealt with issues in the public and private spheres. These, together with the Koran, form the basis of Sharia law.

As in other forms of Salafism, Wahhabi Muslims call themselves muwahhidun (proponents of the oneness of God). They insist in every aspect of life on strict adherence to Sharia.

From roughly the 1950s on, the Wahhabi ulama (Islamic scholars) were increasingly co-opted by the house of al-Saud to provide religious legitimacy as it tightened its grip on power against tribal rivals and consolidated Saudi Arabian nationalism (as opposed to Nasserite pan-Arabism).

The process of legitimisation included Wahhabi policing of the Sharia-based legal system and education in schools and universities (a quarter of Saudi degrees are in Islamic theology). Wahabbism also dictated everyday moral behaviour, including dress codes, segregation and subordination for women. The severity of the rules helped establish the image of Saudi Arabia as the citadel of Islamic purity. This was reinforced by the existence of the Islamic sacred cities of Mecca and Medina on its territory.

At the same time, Islamic social puritanism existed alongside the increasingly corrupt behaviour of the ruling Sudairi clan and extended royal family (who number, according to some estimates, up to 20,000 people). This was made possible by the burgeoning oil trade with the West from the 1970s onwards.

The corruption engendered resentment toward the regime among some Saudi Salafis (neo-Wahabbis), particularly wealthy and educated younger people – including Osama bin Laden. A government decision to allow a large American military presence in the country in pursuit of the Gulf War in 1991 only aggravated the tension.

Neo-Wahhabis remain by far the greatest potential threat to the regime. The advance of IS in Syria and Iraq, as well as its counterparts in Africa and elsewhere, presents a serious religious challenge to the Saudi regime and its Wahhabi establishment. Both IS and the Saudis claim to represent the “true” Islamic state, subscribing to strict adherence to Sharia law. But they are also sworn enemies, since Saudi Arabia has officially joined the American-led coalition against IS, with whom a many neo-Wahhabi Saudis are actually fighting.

The problem for the new Saudi leadership is how to put more religious and political distance between themselves and IS. King Salman also faces the rising assertiveness of Shia groups both in Iran and Iraq, as well as the resurgent Houthis in Yemen.

And of course, there is also the possibility that modernisers who service Saudi Arabia’s military and oil sectors may have finally had enough of medieval floggings and beheadings, rampant corruption and political repression.

These presumably expect the new king to deliver greater liberalisation and democratisation of the Saudi polity and society – but he could only do so by undermining the pact with Wahhabism that has secured the very existence of the Saudi monarchy.

Galina Yemelianova is a Senior Lecturer in Eurasian Studies at the University of Birmingham in the UK. This article was originally published on The Conversation. Read the original article.

A Historian of the Middle East by background, Galina M.Yemelianova has been researching and teaching history and contemporary politics in the Middle East and Muslim Eurasia for more than two decades. Since... More by Galina Yemelianova