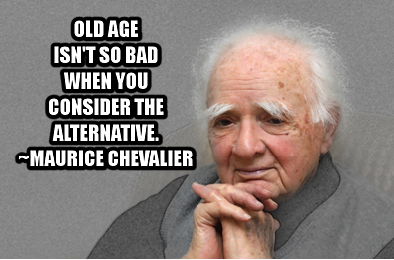 I was asked recently by a journalist what my idea of a good death would be. I quipped: One that’s a long way off! However, in my work I think a great deal about death and dying. Some might think this macabre and perhaps even unhealthy, but as a colleague recently said, “It’s really the most life affirming thing.” I think he’s onto something.

We all know, as we get older, that we need to think of things like our last will and testament, preparing for retirement, how to talk to our children about what we might want or not want in terms of care and support, and whether or not to make a formal advance care directive should we find ourselves challenged by a difficult diagnosis. But how many of us actually make such plans or have these kinds of conversations?

In the West we don’t deal with death and dying very well at all, in my experience, and sometimes we recoil from the cultural practices around death observed in other places. Yet, strange as these rituals may seem, at least they create an acceptance of death and a place in those societies where it is safe and even wholesome to express grief and loss in a public way.

This public expression, as with cultural expressions generally, has an educative effect. It makes death part of life. That may be a cliché, but, when you think about how the “advanced” world deals with death and “death talk” it does have some distinct benefits.

That’s why any initiatives to help people tackle this issue should be welcome. I am not talking about those who spruik for assisted suicide or euthanasia. Even though those debates can be illuminating, there are subtle and not-so-subtle messages there that tend to amplify fear and uncertainty. I’m thinking more of advanced care directives and health policies that embrace early discussions about end-of-life care in medical, hospice and aged-care settings.

Two recent articles from the United States highlight both positive and negative approaches to these discussions. The elephant in the room — rising health costs — seems to be the pivot point.

The LA Times reports on a UCLA study looking into the effect of early discussion about what patients’ really want and the effect on their well being from treating them accordingly. The story opens by claiming, unsurprisingly, that such patients are “happier patients who are in less pain and who use fewer healthcare dollars”.

Dr Jonathan Bergman, a Robert Wood Johnson clinical scholar at UCLA, said: “You can improve care while reducing costs by making sure that everything you do is centred on what the patients want, what his or her specific goals are, and tailor a treatment plan to ensure we provide the specific care he or she wants.”

Bergman and colleagues observed that, “People who are dying often receive care that is poorly coordinated and not in line with the patient’s values or goals. That should change.”  They added: “Studies have shown that when a patient’s desires are taken into account, death is less likely to occur in an intensive care unit, physical distress is reduced, and death comes no sooner.”

This is good news: patient-centred improvement in care leads to reduced costs. When the patient’s well-being is the centre of the conversation and their legitimate needs and wants are being heard and heeded, the bean-counters in the health bureaucracies can also breath a collective sigh of relief!

But what if we tried to use cost-containment as the driver of discussion rather than patient care? Would the results be the same, or even better? I think not.

A report on the MSN website — in the money section — openly takes this budget-first approach. It is headed, Why we need ‘death panels’, and the summary reads: We’re taxing young people and running up debt to fund an overpriced system and offer end-of-life ‘care’ that may not do much good. It’s time to put scary monikers aside.

Admittedly, once you get over the shocking headline, author Anthony Mirhaydari does make some points that echo the LA Times article:

The fact is, 25% of all Medicare spending goes to the 5% of recipients who die each year — with 80% of that in the last two months of life. This is aggressive spending on things like stays in intensive care and critical care units, which research has shown do not meet the needs and preferences of terminal patients despite its increasing use.

Especially when combined with the growing evidence supporting the benefits of less-expensive, palliative hospice care that allows people to enjoy their last days on this earth in peace at home, not poked, prodded and intubated, floating in and out of consciousness under the fluorescent lights of a $30,000-a-night hospital room.

The “scary [death panels] moniker”, as Mirhaydari styles the version made famous by Sarah Palin, refers to the end-of-life provisions in the Obama administration’s health reform. He seems to think these were a good development that suffered more from a bad marketing rap that from any intrinsic error. Likewise he endorses the idea (similar to GOP Vice-Presidential candidate, Paul Ryan) that it would be better to simply give retirees back their lifetime tax contributions to Medicare and allow market forces to prevail (read: retirees, you’re on your own!).

Mirhaydari then tries to soften his hard-edged approach by suggesting that his health budget savings should be diverted to the young, as if this is a simple either/or decision. Then he bells the cat when he refers to the percentage of health costs being used in end-of-life care as an “intergenerational heist”. This is dangerous talk.

Once we start down the track of isolating health budget pressures as being caused by one section of the community in particular, we will begin to think dangerous thoughts — echoes of the 1970s, Paul (Population Bomb) Ehrlich and the famous “useless eaters” quote from that era. The focus will change from the kind of mutuality that health care systems traditionally attempt to provide towards a more self-centred “what about me?” approach. Mirhaydari’s use of “intergenerational heist” betrays precisely this kind of thinking: the old robbing the young for their entitlements.

A potent example recently came by way of comments from the Japanese Deputy Prime Minister and Minister for Finance, Taro Aso, who said that the elderly should be allowed to “hurry up and die” instead of costing the government money for end-of-life medical care.

“Heaven forbid if you are forced to live on when you want to die. You cannot sleep well when you think it’s all paid by the government.

“This won’t be solved unless you let them hurry up and die.”

Coming from the oldest country in the world, this version of the “final solution” is most worrying and extremely short-sighted. Yet, paradoxically, the Japanese are also a nation known for innovation.

In Australia recently, our Federal Parliament (with bi-partisan support) passed legislation to create a National Disability Insurance Scheme to effectively guarantee, for life, that the needs of those living with disability will be met. This will be an incredibly expensive exercise, yet we heard little if any concerns being raised about cost in the debate. Appropriately, the discourse was about justice, fairness and equity. I think we need to formally adopt an aspirational statement to the same ends for our elderly: that their care will be guaranteed; that their rights will be protected and that we will not tolerate elder abuse in any form.

We cannot ignore the problems associated with an aging population and what that will mean for both future care and the percentage of our taxation dollars spent in this area. Necessity being the mother of invention, we need to have the courage to put caring first on the agenda. Putting the dollar first serves no-one; except, perhaps bureaucrats.

The challenge, therefore, is first to ask the right question.

Paul Russell is Executive Director of HOPE: preventing euthanasia & assisted suicide and is Vice Chair of the Euthanasia Prevention Coalition International. He blogs at www.noeuthanasia.blogspot.com.au