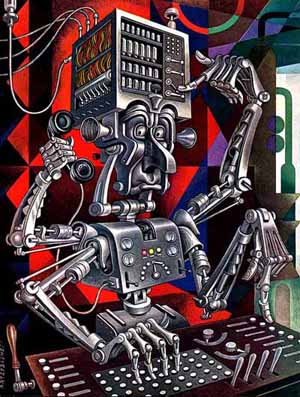 Claims by the New York Times that the
Vatican was slow to react to the crimes of a paedophile priest in Milwaukee in
the 1990s, unresponsive to pleas from an American bishop, and reluctant to
discipline clerics are looking more and more tattered – based on its own
evidence.

In March, the Times supplied readers with an
86-page dossier of documents about the crimes of Father Lawrence C. Murphy
from 1950 to 1974. The key document in supporting its controversial claims was
the minutes of a 1998 meeting at the Vatican with Milwaukee Archbishop Rembert
Weakland and then-Archbishop Tarcisio Bertone, who was at the time Cardinal
Ratzinger’s deputy, and their staffers.

The meeting covered a number of sensitive
and complex issues. These were summarized in two pages of minutes written in
Italian. One of the American priests at the meeting later ran these through a
“computer translator” which he described as pretty “rough”. So rough, in fact,
that it left words out  and gave
the opposite sense in several key places. As the Italian proverb goes,
traduttore, traditore – more or less, translation betrays the meaning. But this
was the document which the Times used.

Catholic
New Service reports that according to the Vatican watcher at the
Italian newspaper Il Foglio, Paolo Rodari,

The
computer-generated English version would support the NYT’s allegations against
Bertone and Ratzinger, “but that same conclusion is not possible if a correct
review of the sources is done, in other words, if (the story) is based in the
official text written by the CDF in Italian,” Rodari explains.

“And
it is here, in the Italian version, that many important things are said.” “It
is explained that either Fr. Murphy gives ‘clear signs of repentance’ or the
canonical process will go to the end, including his dismissal from the clerical
state.”

“But
in the English version used by the NYT, instead, not only are some passages
omitted, but frequently the contrary is said,” Rodari writes.

“It
is true, Bertone requests to take into consideration Murphy’s frail physical
condition, who indeed soon after dies. But he never says that because of such
conditions the process should be stopped. He says, and this is omitted in the
automated English version, that in order to help Fr. Murphy’s repentance, ‘a
period of retreat may be granted,’ otherwise, the measure will be ‘more
rigorous,’” the Italian paper states.

Does anyone at the New York Times speak
Italian? Does their Rome correspondent? Why did they depend on a 12-year-old
computer translation of the most important document in their possession? That
Pulitzer is not looking good.

Perhaps the points raised by Rodari, and
also in the US by blogger–translator
Lori Pieper and in even greater detail by blogger
Jimmy Akin at the National Catholic Register, are too subtle for most
readers. But they are key in assessing whether senior officials in the Vatican
were soft on the crimes of a paedophile priest. The carelessness of the Times
reporters lends credibility to the feeling that this is campaigning, not
reporting.