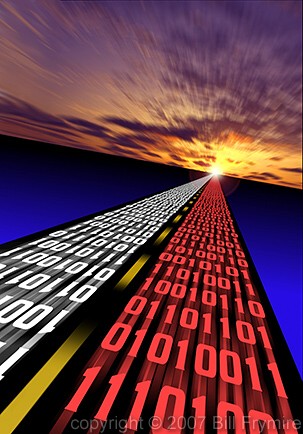 In case you
missed it, US President Barack Obama declared October 2009 to be “National
Information Literacy Awareness Month.” The cynical may see this action as a
sign that our leaders fear we are losing the battle against cheap information,
and I agree. By cheap I mean that the internet has made huge amounts of
information easily available: for example the free, collaboratively written
Wikipedia measures up quite well against traditional expensive print
encyclopedias. But much of the information that is available is cheap in terms
of quality as well. The very abundance and ready availability of information
undermine efforts by educators, librarians and others to develop good
information literacy skills and habits.

The concept of
information literacy is itself only a generation old, a child of the
Information Age. The need to be able to find information and evaluate it is not
new, but in former times there were fewer sources of information. Researching a
topic mainly meant spending some time in the library. More importantly, what
sources of information there were came with some assurance of authenticity,
backed by the publisher’s reputation. As new ways of storing, organizing, and
distributing information arose, new skills were clearly needed not simply to
use these new technologies, but to avoid being overwhelmed by them.

David
Gelernter, Yale computer scientist and Unabomber survivor, almost two decades
ago foresaw the coming flood of information as the internet opened to
individuals, businesses, government agencies, and the like. Tapping into this flood has been likened to ‘drinking from a fire
hose,’ and he envisioned a scheme for dealing with it. His proposal assumed that artificial
intelligence would develop to the point where an army of robotic agents could
filter, sort, and summarize information to create a manageable and usable flow
for each user. The flood of information that he foresaw has indeed occurred,
but unfortunately the artificial agents to filter it have not yet appeared,
except in very rudimentary forms. Individuals are on their own when trying to
drink from the fire hose. To switch metaphors, the information superhighway has
been built, but many users are driving on it with a horse and buggy.

Is information
literacy a lost cause? Some studies suggest that today’s young people are
savvier about online information than we may think. For instance, a recent
survey by Project Information Literacy (projectinfolit.org) found that college
undergraduates generally do recognize that Wikipedia is a good place to start
their research on an unfamiliar topic, but not a good place to end it.

However, my
own experience in the classroom, similar to anecdotal reports from other
college professors, seems somewhat at odds with this survey’s results. We find
that students often are content to do their research with a Google search that
turns up a few sources of dubious reliability, such as blogs or forum postings,
or more reliable but still lightweight sources such as newspaper articles.

Seldom without
specific prodding by instructors will students utilize the library’s databases
to find serious scholarly articles. Worse yet, some students show a failure to
understand the difference between such materials and materials found on the web.
Perhaps the surveyed students were saying what they felt they were expected to
say, rather than what they really believe. Or p

Robert Moniot is associate professor at Fordham University in New York City. His original training was in physics, but he was soon drawn to computer science, where he has worked ever... More by Robert Moniot