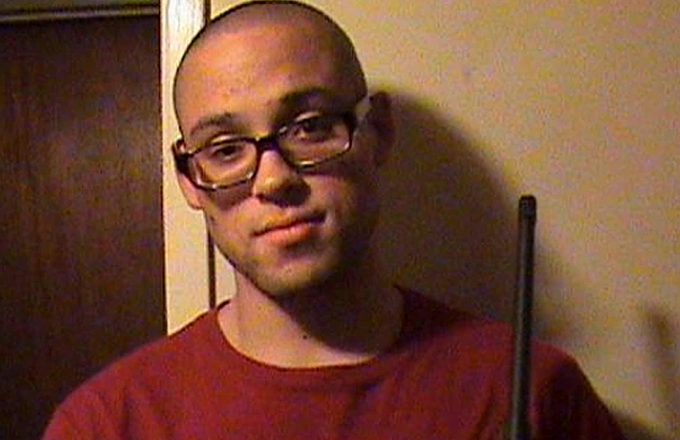 Another mass shooting, another round of handwringing in the United States about gun control and adolescent mental health. Christopher Harper-Mercer, the 26-year-old who took the lives of nine people at Umpqua Community College in Oregon, and wounded several others before taking his own life, had access to a small arsenal of guns. His suicidal mission can only mean that he was mentally deranged.

These are the two big themes that Americans from President Obama to millions of ordinary moms and dads are debating again after the most deadly school shooting since Adam Lanza killed 20 elementary school children and seven adults, including his mother, at Sandy Hook nearly tthree years ago.

Of the two, and despite the prominence gun control is getting, the mental health issue is more challenging. That is because it cannot be addressed honestly without facing up to one of the biggest contributors to unhappiness, depression and crime amongst young men anywhere: growing up, thanks to divorce or non-marriage, without a father.

Divorce lies in the background of Umpqua, Sandy Hook and many similar tragic episodes. Like Adam Lanza, Christopher was living with his divorced mother. His parents split definitively in 2006 but had already been separated for several years. So Christopher had suffered the trauma of parental separation and spent most of his adolescence without the secure presence of a dad. A couple of years ago mother and son moved away from Los Angeles, where the father lives, to Oregon.

President Obama, in his severest tone, has declared his frustration at the failure to pass “commonsense gun safety laws”. An academic has berated the US media for failing to mount a campaign to that end, arguing that journalists are hiding behind a rule of “objectivity” that requires they relay “just the facts” about gun violence.

Yet the commentary on gun laws amounts to a veritable crusade compared with the utter silence on the significance of broken homes in tragedies like Umpqua. The facts are laid out, certainly. The media has not been shy about mentioning the family circumstances of the latest shooter – or others – but where is the New York Times editorial about the harm being done to young men deprived of their fathers?

Where, for that matter, is the White House web page on this issue? Commenting on yet another school shooting a couple of years ago, family sociologist Brad Wilcox wrote:

“The social scientific evidence about the connection between violence and broken homes could not be clearer. My own research suggests that boys living in single mother homes are almost twice as likely to end up delinquent compared to boys who enjoy good relationships with their father.”

One doctor has argued in recent days that violence is contagious, which is probably true, and he suggests that by treating it scientifically, as a public health issue, it can be predicted and prevented. All it would take is (thousands of?) health workers embedded in likely communities who can sense where trouble is brewing and intervene.

Wouldn’t it be a lot easier – and cheaper – to use all the teachers and health workers and so on that we already have to tell young people the truth about marriage, divorce and why kids need fathers?

There were other factors influencing Christopher’s behaviour, to be sure. His mother, Laurel Harper, who has written extensively about herself and her son online, said in some postings that he suffered, like herself, from Asperger’s syndrome – a form of autism — but that both had managed to achieve a lot. She is a registered nurse and her son, at the time of his death, seems to have been taking a drama course at Umpqua college. Both were keen on guns and went shooting together, according to neighbours.

But the satisfaction of being good with a gun hardly makes up for a fractured family and being jobless at 26 in a strange town. Like so many other shooters, Christopher was socially withdrawn, searching online for a philosophy to suit his circumstances, and pouring himself out to ersatz communities there. The Washington Post notes: “Social media accounts attributed to him, including a MySpace page and an online dating profile, offer hints of his interests — the Irish Republican Army, punk rock music, an antipathy toward religion — but little real insight.”

And there’s another aspect of the Umpqua shooting that has elicited little comment, apart from Christian websites: the shooter’s targeting of Christians. He had shared online that he hated organised religion but sought friends interested in “spirituality”.

According to student witnesses he asked Christians to identify themselves (that they apparently did is yet another story) and shot them in the head, while he shot others in the leg or another part of the body.

Given the evidence that shooters tend to study and learn from those who have gone before them, the shooting of nine people at an historic African American church in Charleston, South Carolina, only three months ago may have influenced him. Then, there was ample media coverage of the forgiveness shown by the Black congregation.

But the targeting of a specific religious group in two recent mass shootings is worrying, and surely worthy of some serious commentary in the mainstream media – the type that would appear if Jews or Muslims were targeted, for example. Unless there is some kind of Christianophobia abroad.

As for Christopher, his hatred of religion, however he picked it up, it is a tragic irony, since “organised religion” is one of the great supports of marriage and family stability. Marriages in which both spouses attend religious services frequently are much less likely to end in divorce than marriages in which neither spouse worships.

That is not the sort of information Christopher Harper-Mercer looked for or found online. It would not have provided much comfort for him if he had. But it is not too late for other adolescents to learn that divorce is not the inevitable fate of 30 to 50 percent of the population, and that religious faith and practice are among the things that contribute to lasting marriages and a happy family life. If only someone would tell them.