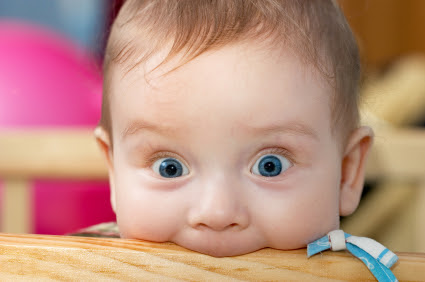 While looking at a new outbreak of Boomer-bashing in the US media — provoked by continuing economic woes and the election –I came across a columnist in the Atlantic magazine who gets what the basic problem is. “Demographics are economics,” says Derek Thompson. How true.

One way to think about the Great Recession is like a great pause button.

In normal times, millions of people get married in their mid-to-late 20s. They spend lots of money on a wedding. They buy a car, often with a loan. They buy a house, always with a loan. They buy new furniture and appliances. With their time and money coupled, expenses that were once extraneous now feel reasonable. Maybe he was individually satisfied with sports bars and she with Netflix, but as a couple, it makes more sense to watch live sports and TV shows on their new couch, and so they buy cable. They have a kid, or more than a few. You know how the story goes.

You mightn’t like the consumer approach to marriage but it’s true that when a couple starts a home and family they buy stuff. (Note the full report, The Sustainable Demographic Dividend from the Social Trends Institute.)

And if they don’t, they don’t. Thompson notices that the delaying of marriage and family formation among young adults goes back beyond the Great Recession – which only made delay more likely because of lack of job opportunities. Even as singles, young adults are cutting back on significant purchases, Thompson reckons. If you move back home with your parents you could do without your own car, for instance.

So that sounds like a double whammy for the economy which is not compensated for by spending on phones and eating out. A loan from the government to pursue studies that you may take decades to pay back may help the economy to tick over but at the expense of even further delays in marriage and procreation.

America — thanks largely to immigrants — has maintained replacement fertility while most European countries and Australia have fallen below, but births in the US have been falling since 2008, reaching a 12-year low last year. Americans have to hope that decline reverses, says Thompson:

Demographics are economics. The advanced countries with the worst demographics problem and the advanced countries with the most uncertain economic futures are often the same. High social spending promised to aging generations that aren’t supported by enough young workers leads to the kind of debt crises, economic stagnation, and political upheaval that we can see sweeping Europe — and might yet lie ahead for a country like Japan. This is ironic, in a way.Two centuries ago, Malthus said that growing populations would tax growing economies. In fact, it’s stagnating populations that constrain economic growth in rich countries.

He hopes that “babies will return with the economy”. But perhaps the economy will only return with the babies — meaning that, whatever the economy is doing, more young adults should start to think about their futures in terms of marriage and family life and gear their studies and career choices to that end. It may take some moral courage, and not a little family support, to buck the trend.

Meanwhile, if the Boomers are to blame for anything it is for swallowing the two-child line sold them by the previous generation, the so-called Greatest — or at least its business and political elite — and its accompanying message to consume, consume, consume. There comes a point, surely, where buying stuff for a very small family — and eventually just oneself — begins to erode both the economy and humanity.