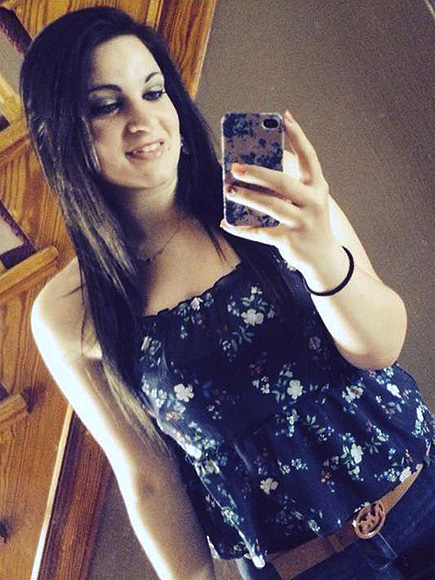 I am used to controversy, but sometimes you do get surprises. The hot button issues of bioethics – abortion, euthanasia, stem cell research, GMO foods – always generate passionate controversy. But I never imagined that chemotherapy for a 17-year-old girl would interest anyone.

I was quite wrong. I have hardly ever received so many comments on an issue in the bioethics newsletter I edit, BioEdge.

Here’s what happened. Cassandra C., aged 17 years and 3 months, was living in the American state of Connecticut when she was diagnosed with Hodgkin lymphoma. Without chemo, most patients die within a couple of years. With it, they have an 85 percent survival rate.

These statistics did not sway Cassandra from her belief that chemotherapy was toxic. She feared being ill during treatment, damage to her organs and possibly becoming infertile. She refused to be treated. Her mother, Jackie Fortin, supported her decision to the hilt, fully aware that her daughter might die. She allowed her to skip her chemo appointments.

On her 18th birthday, Cassandra will become a legal adult and will be able to refuse chemotherapy. But until then she is a minor and the state ultimately has responsibility for her.

The clock was ticking. Last October Connecticut police and the Department of Children and Families, alleging “medical neglect”, removed her from her mother’s care and placed her with a foster family. Cassandra returned home in November after promising to undergo chemotherapy, but after two days of treatment, she ran away and disappeared for a week.

In December she was strapped to a bed, sedated and given chemotherapy. Now, apparently, she is in a hospital room with a guard at the door. Her mobile phone has been taken away and the landline has been removed so that she cannot speak with her mother, who can only visit twice a week.

This is harsh but the DCF says that it had no choice. “When experts — such as the several physicians involved in this case — tell us with certainty that a child will die as a result of leaving a decision up to a parent,” it said, “then the Department has a responsibility to take action.”

The case was reported across the United States, and provoked much enraged commentary. Hopefully Cassandra will recover from her angst and will emerge from her ordeal a hale and healthy young woman with a long life ahead of her. But what can we learn from the passionate commentary?

Who is a child? As many people pointed out, the bright line drawn under Cassandra’s 18th birthday makes no sense. She will be no more mature then than the day before. Furthermore, at 16 she can drive, a potentially hazardous practice, and consent to sexual activity. She could probably get an abortion at 14. Does it make any sense to deny her the right to refuse medical treatment at 17?

Probably not, which is why her lawyers invoked the notion of a “mature minor” – a child who can understand important issues as well as an adult. Without knowing her personally, it’s hard to judge whether Cassandra is a ditsy, impressionable teenager or a thoughtful young adult. Absconding for a few days inclines me to think that she was the former.

However, many people believe that a child is a scaled-down adult who is quite capable of making life-and-death decisions. In Belgium, as of last year, children of any age are allowed to choose euthanasia. Is this because people don’t understand what childhood is or because they don’t understand what maturity is?

It is important to respect the autonomy of adults because they are presumed to understand the issues. But children are different. Even if they know the facts of life, they may not understand them. Death means something very different to a 17-year-old than it does to a 47-year-old.

The second issue is paternalism. People hate it when doctors and government authorities claim that they know what’s best. As Cassandra wrote in a local paper, “This is my life and my body, not DCF’s and not the state’s. I am a human — I should be able to decide if I do or don’t want chemotherapy. Whether I live 17 years or 100 years should not be anyone’s choice but mine. How long is a person actually supposed to live, and why? Who determines that? I care about the quality of my life, not just the quantity.” Readers sympathised deeply with this.

The message here, clearly, is that people don’t want to be robots. They want to feel that all decisions are their decisions.

The third was a passionate, almost visceral, support for “autonomy”. This is the most important of the three themes. For our contemporaries, choices make us the celebrated author of the novel of our own life. What we choose makes little difference, as long as we do the choosing by ourselves. This also explains why so many people supported Brittany Maynard, the 29-year-old who became the poster girl of the assisted suicide movement last year. She was an exuberant, talented, pretty woman who chose to take her own life rather than wait for a brain cancer to steal her vitality and autonomy.

Medically, her choice didn’t make much sense, as with good palliative care she would not suffer much and there was a chance of spontaneous remission. But for the thousands of people who applauded her, none of this mattered. They admired her simply because she make a “courageous choice”, not because she make the right choice.

Cassandra’s supporters, too, think that it is better for her to be autonomous and die rather than to follow her doctors’ advice and life. Fundamentally, this is nihilism. As long as you choose it autonomously, choosing death is more commendable than choosing life. In short, nothing should trump a personal decision: not age, not advice, not common sense, not medical facts. Does this make sense? If my life is a novel, this is surrealism at its best.

I would support the state of Connecticut, although I suspect that the doctors and departmental apparatchiks are old-fashioned paternalists with a bad bedside matter who failed to communicate well with Cassandra and her mother. Cassandra may look mature,  but running away was not a mature response. It suggests that she may not understand the gravity of her situation and may be parroting her mother’s medical prejudices.

It’s more important for a child to live to become an autonomous adult than to die to defend her mother’s bad science. But, as I learned last week, there are a lot of people who will disagree with me.