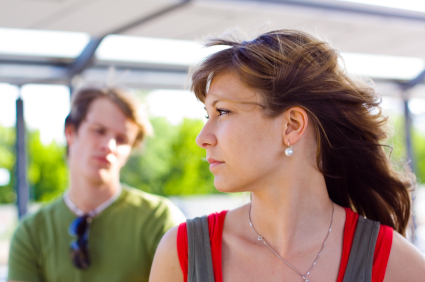 Marriage, the primordial social commitment, is in decline in America — as elsewhere — but not among the university-educated, liberal elite as you might expect. A report out today from the National Marriage Project and the Institute for American Values shows that the American retreat from marriage is, to quote the lead author of the report, W. Bradford Wilcox, “moving into the heart of the social order: the middle class”. This recent development has profound implications for children, for adults, for the cohesion of society.

When Marriage Disappears: The Retreat from Marriage in Middle America is a report that everyone looking for what will inspire commitment among the young and the renewal of society should read in full. MercatorNet here publishes with permission the executive summary of the report as part of our Focus on Commitment and in the hope that many will follow the link to the full report.

But the newest and perhaps most consequential marriage trend of our time concerns the broad center of our society, where marriage, that iconic middle-class institution, is foundering. Among Middle Americans, defined here as those with a high-school but not a (four-year) college degree, rates of non-marital childbearing and divorce are rising, even as marital happiness is falling. This “moderately educated” middle of America constitutes a full 58 percent of the adult population. When Marriage Disappears argues that shifts in marriage mores, increases in unemployment, and declines in religious attendance are among the trends driving the retreat from marriage in Middle America. This report finds:

Marriage is an emerging dividing line between America’s moderately educated middle and those with college degrees.

Marital quality is declining for the moderately educated middle but not for their highly educated peers.

Divorce rates are up for moderately educated Americans, relative to those who are highly educated.

The moderately educated middle is dramatically more likely than highly educated Americans to have children outside of marriage.

In an era in which jobs and the economy are the overriding concerns, why should we care about the marriages of Middle America? Marriage is not merely a private arrangement between two persons. It is a core social institution, one that helps to ensure the economic, social, and emotional welfare of countless children, women, and men in this nation.

Today’s retreat from marriage among the moderately educated middle is placing the American Dream beyond the reach of too many Americans. It makes the lives of mothers harder and drives fathers further away from families. It increases the odds that children from Middle America will drop out of high school, end up in trouble with the law, become pregnant as teenagers, or otherwise lose their way. As marriage—an institution to which all could once aspire—increasingly becomes the private playground of those already blessed with abundance, a social and cultural divide is growing. It threatens the American experiment in democracy and should be of concern to every civic and social leader in our nation.

More than a decade ago, The State of Our Unions was launched with the aim of making important contributions to the ongoing national conversation about marriage by tracking the social health of marriage in America. Each issue offers readers updated statistics on marriage and family trends from sources including the US Census Bureau and the General Social Survey, as well as thoughtful commentary on the forces driving those trends and their implications for children and families across the nation. With the release of this year’s issue, When Marriage Disappears, we hope to turn the national conversation toward the state of our unions in Middle America.

When Marriage Disappears: The Retreat from Marriage in Middle America is sponsored by the National Marriage project at the University of Virginia and the Center for Marriage and Families at the New York-based Institute for American Values.