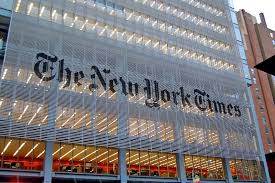 Does anyone remember last year’s uproar over clerical sexual abuse of minors? Or the last lot of breast-beating over teenage pregnancy? If your answers were, How could we forget? And, Er, I think so, try the next question: Have you noticed the massive cultural effort to prevent that sort of thing?

No? That’s my impression too. Last week in the US Viacom’s MTV channel launched an American remake of a British “reality” show called “Skins”. According to the New York Times this series features “simulated masturbation, implied sexual assault, and teenagers disrobing and getting into bed together.” It also has “ads that feature groups of barely clothed teenagers” and is “surely one of the most sexually charged programs that MTV has featured.” Oh, and there are also what the Parents Television Council calls “gratuitous scenes of drug and alcohol abuse”. A company called Taco Bell has pulled its ads from the show after the first episode, saying that “it is not a fit for our brand”.

This is a show not only about teenagers but acted by teenagers, the youngest of whom is 15. The John Jay report showed that 27 per cent of Catholic clergy abuse victims in the US were aged from 15 to 17. As far as I am aware, major news media around the world did not differentiate ages when they denounced abuse of minors by priests as a monstrous crime. So what are they saying about a programme that shows teenagers ready for anything in the line of sex? A show that MTV says is “specifically designed to be viewed by adults”? And on a channel popular with many younger kids whose attitudes to sexuality are still being formed?

Well, a senior writer for Newsweek has said, “Skins may be the most realistic show on television.” Oh. Just, “realistic”. The New York Times — which considers the sexual abuse of minors among the worst of all crimes — is carefully reporting how MTV are getting around accusations that the “racy” and “risqué” show may violate federal pornography statutes. And there is more than a hint in those reports that criticism comes merely from “conservatives” — groups like the Parents Television Council or Fox News hosts such as Bill O’Reilly and Sean Hannity.

So: no crusading from the liberal press against the exploitation of teenage sexuality by adult television producers and corporates, and their message that there’s nothing at all wrong with teenagers being sexually active? Strange thing, that.