So I’m checking out some celebrity news and am drawn to a quote by Anne Hathaway, speaking of her new fiancé: ”We hit if off immediately but it took us a pretty long time to get together. He thought that I had a boyfriend and I thought that he had a girlfriend, so I thought that I’d better keep my distance because I didn’t want to be that girl.”

Isn’t it interesting that I find that refreshing? If I saw that as so decent on her part, it got me thinking that most relationships we see these days are pretty selfish. I can imagine having the same conversation with so many girls today:

ME: “If you met the perfect guy for you but he was dating someone else, what would you do?”

THEM: “Well if he was the perfect guy for me, then I’d have to show him I’m interested.”

ME: “But he’s dating someone else…”

THEM: “But if we’re just meant to be together, it justifies me stealing him away” ME: “Isn’t that a total lack of respect for her?”

And so on and so forth.

This is the kind of thing I’ve heard radio hosts discuss on morning shows and they just can’t come to conclusions about what is right and wrong. And it isn’t just radio persnalities. Our culture today believes is is bad to break someone up but then again they flaunt the whole ‘if it’s meant to be’ line as if ‘fate’ some how justifies a seemingly bad act, especially if it has a good outcome. It’s wrong to try and steal someone’s partner. When did the line get blurry? If you’re meant to be together, you’re meant to be, so it’ll happen. Maybe the girl he’s with is who he’s meant to be with, bet they hadn’t thought about that.

But til then, we continue to justify the means by the end… 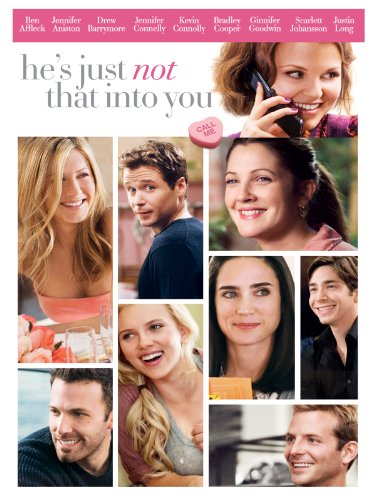 In the movie, He’s Just Not That Into You, Scarlett Johansson’s character meets and wants to call a married man. Her friend’s advice consists of “What if you meet the love of your life, are you supposed to let them pass you by?” Which could be okay advice in a different context: but not when it concerns a married man. By the way, after a two minute interaction in a supermarket, “love of my life”? I think not. More like “man that I am highly attracted to.” (Plus! I think the man should always be the pursuer. But that’s another post.)

Feel free to disagree with me, but I think people these days forget to think before they act.

Tamara is an occasional writer for Tiger Print. She focuses on relationships and dating for the millennial generation.