November 25th has been designated by the United Nations as the International Day for the Elimination of Violence Against Women. It is also known as White Ribbon Day, after the international movement of men and boys originating in Canada.

The executive director of UN Women, Phumzile Mlambo-Ngcuka, says that, globally, “violence against women and girls remains one of the most serious – and the most tolerated – human rights violations, both a cause and a consequence of gender inequality and discrimination.”

The agency’s website claims that “A staggering one in three women have experienced physical or sexual violence in their lifetime—a pandemic of global proportions – mostly by an intimate partner.”

Behind these grim generalisations lies a very complex reality of different countries and cultures, rates and types of violence, including mutual violence between “intimate partners”, and assumptions about the underlying causes – all of which demands closer examination and analysis.

But violence perpetrated by men against women certainly exists, and since everyone agrees that the goal of exercises like this international “day” is prevention, it is worthwhile focusing on cultural and behavioural changes that can protect women and girls from what is now generally known as intimate partner violence.

The dominant model for dealing with IPV traces the problem to the motive of “power and control” on the part of the abusive male, an attitude resulting from, or at least supported by, gender stereotypes in the surrounding culture. The remedy then becomes gender equality – “Planet 50-50”, as Ms Phumzile Mlambo-Ngcuka puts it – and the re-education of men (and women) towards an equal sharing of social and domestic roles.

While this is part of the answer to male-female conflict today it certainly not the whole story. A current summary of risk factors for IPV by the US Centres for Disease Control lists “belief in strict gender roles” and “desire for power and control in relationships” among two dozen individual, relationship, community and social factors.

The CDC list of individual factors begins with: low self-esteem, low income, low academic achievement, young age, aggressive or delinquent behaviour as a youth, heavy alcohol and drug use… and ends with: experience of poor parenting or physical discipline as a child.

Another summary of research shows that protective factors are marriage (married couples are at lower risk than dating couples; separated women are the most vulnerable) and, for dating couples, positive, involved parenting during adolescence, with encouragement of nonviolent behaviour; and supportive peers.

One thing that clearly emerges from the research is that young women are disproportionately at risk of IPV in their dating or similar relationships. The emergence of “campus rape” as an issue in the US indicates this. 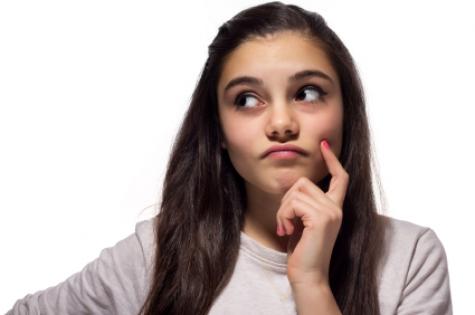 Here, then, are eight things that every girl should know:

1. Keep sexual intimacy for marriage. The term “intimate partner violence” masks the fact that women in cohabiting relationships are far more likely to experience violence from their partners than married women. Cohabiting couples are also far more likely to break up, and former partners are the most common perpetrators of violence against women.

Engaging in early sexual activity puts you at risk of “dating violence” and violence from former boyfriends. These risks are enhanced by online social networking that involves “sexting” and enables cyber-bullying and stalking.

2. Know who you are marrying. Courtship should be long enough to get to know each other’s personality, values, family history and idea of what marriage is. Mixing with each other’s family and friends as well helps fill out the picture and prevent nasty post-wedding surprises like discovering that your husband is prone to jealousy or cannot control his temper.

3. Learn self-control. Being patient with the personality defects of people you live with is necessary for everyone but especially in the intimacy of marriage. Cultivating the virtue of temperance, which controls all the appetites, is a life-long project but it needs to be well advanced by the time a young adult is considering marriage. Raised voices and slammed doors can lead to physical violence.

4. Learn how to communicate face to face. Nothing sours a relationship like bottled up resentments. Educated people from articulate families have a head start in this area but it is something that everyone needs to learn. Unfortunately digital communication is not preparing young people for face-to-face, sincere sharing of ideas and talking through differences. Ominously, communication is often marked by coarse language which is thought to be “cool” but seems likely to foster aggression.

5. Resist sexualisation of girls and women. Some anti-violence campaigners insist that the way women dress and present themselves (including online) should have nothing to do with it – a denial of reality that undermines the fight against female victimisation. Fashions and behaviour that flaunt female sexuality contribute to the objectification of women and girls and convey to men a message of sexual availability. A girl may only want to be affirmed as desirable, but she needs to know that young men may be sexually aroused by her display, and act accordingly.

6. Sexual difference matters. Though some people would like to deny it, men and women are different and these differences make immature, uncommitted sexual activity damaging for both parties, but especially for women. You need to understand the emotional and biological aspects of both male and female sexuality and respect them.

7. Sex education alone cannot make you safe. For real sexual safety you need to learn how to become a loving adult, someone who is ready to give herself or himself in the permanent, exclusive relationship of marriage. If you cannot learn this from your own parents, look around for other role models.