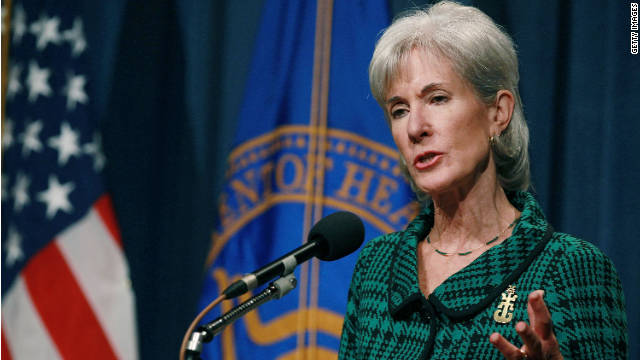 Another live-streamed event is due to take place in the US in a few more hours, and this time it’s from the Obama administration, defending their beleaguered birth control mandate. Helen Alvare, convenor of the Where are the women? Here we are initiative, writes:

The White House is holding an online town-hall-style meeting TOMORROW morning, Thursday, June 7, at 10am EST. Secretary Kathleen Sebelius, among other White House Administration members, is one of the chosen participants. And the topic is, you guessed it, WOMEN’S HEALTH and the HEALTH CARE LAW. The event will be streamed live and the White House is soliciting questions before and during the event.

Here’s my question: If birth control is preventive health care, what disease, exactly, does it prevent?

There is more about the event  here. Questions can be submitted on Twitter by using the hashtag #WomensHealth or on Facebook at the HealthCare.gov Facebook page.

The event happens to be taking place on a day when groups opposing the mandate will be at public rallies protesting it.

Also: Is the morning after pill abortifacient?

While we are on this topic, the New York Times has helpfully done a bit of foot-slogging for the White house on a related topic: whether the morning after pill in its various forms can act as an abortifacient by preventing implantation of a fertilised ovum — i.e. a new human being. These concoctions are among the preventive health measures that the birth control mandate would require all employers to provide free in their insurance plans.

The Times reports the comments of various experts who say that there is no scientific proof that Plan B and Ella prevent implantation. According to “leading scientists” there is “strong evidence” that Plan B does not. However, the US Food and Drug Administration requires that the possibility be mentioned on labels of those products, and a Mayo Clinic spokesman says “we are champing at the bit” to revise the information on their website if and when the FDA changes its labels.

On the other hand, Princeton “emergency contraception” researcher James Trussell acknowledges that there is no conclusive proof that the pills don’t interfere after fertlisation. “You can never prove the negative,” he told the Times.

Dr. Trussell of Princeton said that if morning-after pills worked after eggs were fertilized, they would prevent pregnancy better than they do. The pregnancy prevention rates are probably lower than scientists and pill makers originally thought, he said — in some studies as low as 52 percent for Plan B and 62 percent for Ella.

So this “preventive health” medicine doesn’t even work half the time! That would be another good reason to leave it out of compulsory insurance cover, wouldn’t it?