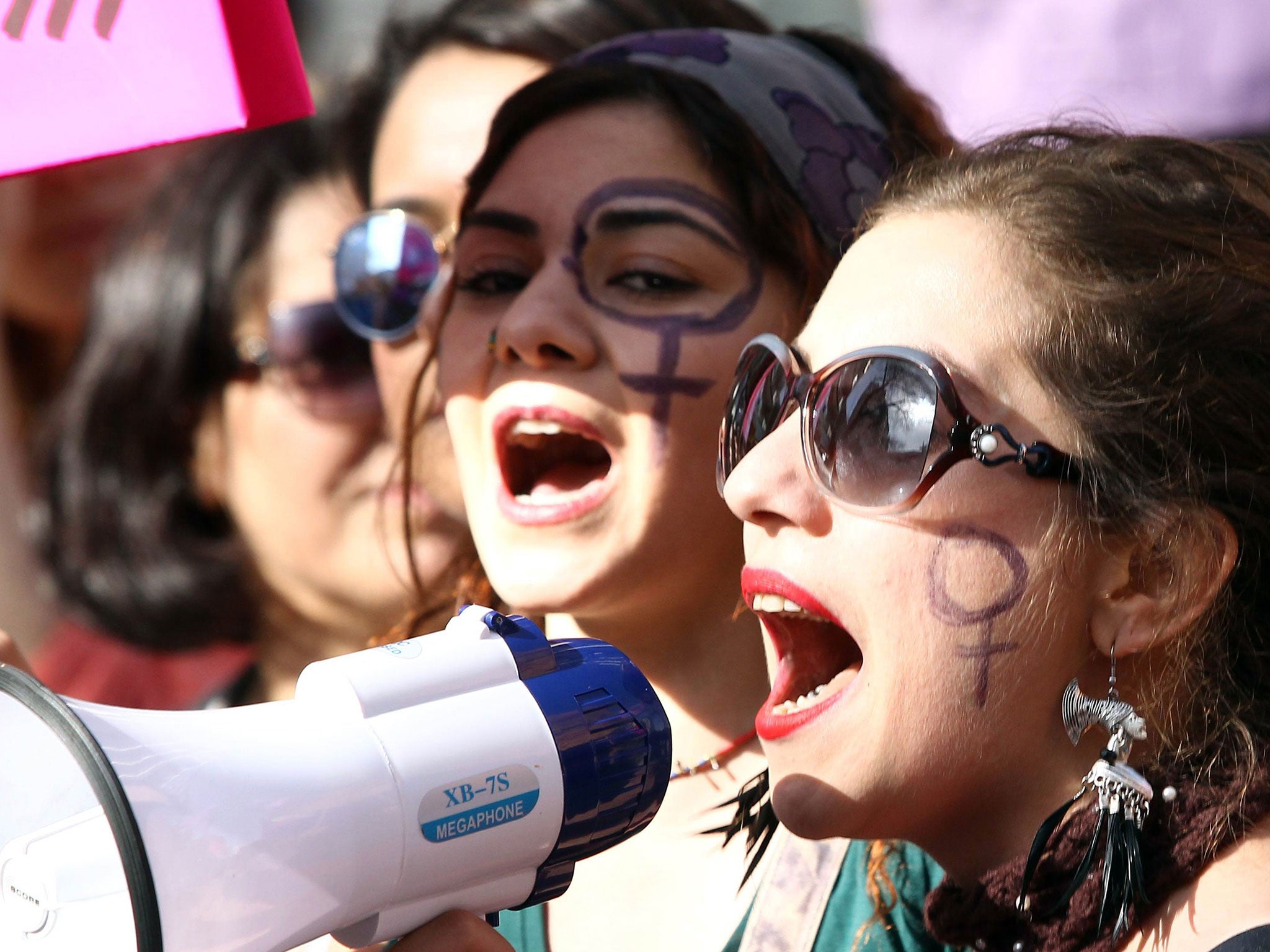 from The Independent (UK)

Today, March 8, is International Women’s Day, an occasion for celebrating what is unique about women’s contribution to society: their irreplaceable role as mothers, homemakers, educators, nurses — in short, all the person-centred and nurturing activity that they typically excel at and with which they increasingly transform other professions and society at large.

Sorry! I’ll read that again. International Women’s Day is the moment when we solemnly measure how far we have moved from that dismal stereotype of womanhood and toward women claiming an equal place in the workforce and leaving half the care work to men. According to UN Women, we have not advanced nearly far enough along this path, and the agency is calling on states to “step it up” for gender equality.

The Washington Women’s March sisterhood and their allies around the world are organising a women’s strike to drive the point home.

For 99 percent of the world’s women, it’s safe to say, this will be another ordinary day: they will go to work or look after the children, and perhaps hear something on the evening news about the pay gap, or how few women CEOs there are, or how little housework the men do.

However, there is one small group, at least, who will be celebrating: 100-plus “biz mums”, mostly from Australia, will have a lovely day on social media talking about the creative ways they have entered the workforce by starting their own business. They don’t seem bothered by the gender gap.

But our big sisters at United Nations headquarters in New York definitely are.

Focusing on the world of work this year, and mashing together statistics spanning the world from Nigeria to New Hampshire and from Mumbai to Mexico they tell us that only 50 percent of women are in the paid workforce, compared with 76 percent of men. When it comes to looking after the family the picture is even grimmer: 75 percent of this unpaid care work is done by women and girls.  When they do get into the paid workforce women predominantly end up in “lower-paid, lower-skill occupations with little or no social protection.” Hence the pay gap, which haunts even the most developed societies.

There are injustices behind these global statistics, certainly, and despite significant changes in the way men and women share domestic work in many countries now, there is room for improvement. But for the experts in their ivory tower in New York, only an equal share of everything will do: half the care work done by men, half the jobs held by women right through the workforce from bottom to top. They have got as far as saying how important to society work in the home is, but there is no recognition that many mothers who could have full-time jobs outside it, and put their children in state-subsidised daycare, actually prefer to be home-based, doing more of the care and chores while their husband supports the family financially.

For the Women’s March crowd March 8 is another opportunity to keep the anti-Trump protest pot simmering. They have women (and male sympathisers – indeed, all genders welcome) taking a day off paid or unpaid work and shopping to show how A Day Without A Woman can impact the economy, and to highlight workplace discrimination. Participants will wear red because, says organiser Tamika Mallory, “it signifies love and sacrifice, and is the colour of energy and action.”

One had thought that sacrifice was something feminists resented, but here it seems to be embraced along with other positive qualities. These ladies do draw the line, however, when it comes to reproductive health (abortion): “We must have the power to control our bodies and be free from gender norms, expectations and stereotypes.”

This echoes the associated but more militant International Women’s Strike also taking place on Wednesday, whose US platform declares:

“We stand for full reproductive justice for all women, cis and trans.  We want complete autonomy over our bodies and full reproductive freedom.  We demand free abortion without conditions and affordable healthcare for all, irrespective of income, race or citizenship status. The history of sterilization of women of color in this country goes hand in hand with the attack on abortion rights. Reproductive justice for us means the freedom to choose both whether to have children and when to have them.”

How refreshing, after all this whingeing and demanding to follow a lead from a friend and catch some of the enthusiasm of the Australian Biz Mums IWD event, which runs all day (24 hours) on the MotivatingMumOz Facebook page. More than 100 mums from Australia and outlined their initiatives (everything from life coaching, breathing instruction, copywriting and communications to cloth nappies and new type of syringe) and what they will talk about here.

These are women who share the concerns of feminists about living and working in, as one mum puts it, “a masculine world”, and they are just as much into networking as the Women’s March, but they have found ways to turn their problems, skills and need for income into business opportunities that can be combined with family responsibilities. Research has shown that part-time work – not necessarily self-created or home-based — is what most women with young children want.

Women at various stages of their life and in different circumstances (married or not, with children or not) have different needs, preferences and opportunities which they should be free to pursue on the basis of equality with men – that is, equal consideration of their experience and skills, and equal payment for the same work. But the fact that most women will be mothers does mean that their career paths (or simply work patterns) and lifetime earnings will vary from those of most men.

And here’s the point: differences – “less” and “more” – are not bad. The difference between a man and a woman means that together they can do something that is impossible for each alone.

The trouble with the UN/feminist programme is that they treat these momentous realities as irrelevant to the rest of life and, in particular, to the world of work. They want an absolute equality that only comes at the cost of woman’s unique “productivity” – her motherhood, as we see in the clamour for abortion rights. And the price is too high.