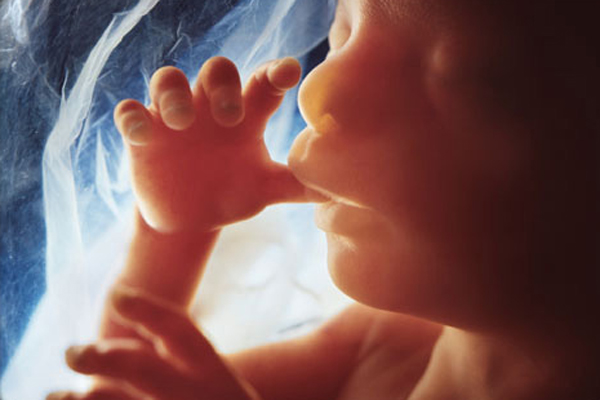 Article 40.3.3 of the Irish Constitution gives legal protection – at the level of fundamental rights – to human beings before birth. It also protects, in no uncertain terms, the right to life of the woman. Doctors are obliged to do everything they can to protect and save the lives of both mother and baby. But activists, backed by some in the medical profession, have been agitating for a referendum on changing the Constitution to allow legalised abortion.

A Citizens Assembly held last November was skewed towards expert evidence favouring the pro-choice position. Another Citizens Assembly is to be held on March 5, and the Iona Institute – which opposes removing constitutional protection from the unborn child – has been invited to make a presentation. Iona has already made a submission (pdf) from which the following excerpt is taken. It argues that a fundamental right, such as the right to life, should not be decided by majority rule, and it questions whether there is a public demand for the move.

In order to support a call for the legalisation of abortion, it is necessary to say the child in the womb is not a human being, or that its identity is a matter of opinion, and we therefore have the right to take the life of another human being. However, shouldn’t we instead affirm the humanity of the unborn child?

Some might say: Why not let a referendum decide the matter? After all, don’t we live in a democracy?

That is why the idea of holding a referendum to remove a fundamental right from the Constitution is so wrong. It puts the power in the hands of the majority to vote away the only defence a given vulnerable minority has from that same majority. It paves the way for the majority not just to ignore the minority’s rights, but worse, to remove them altogether.

The objective of those calling for a referendum is that we should forget the other human being – the new life that is hidden from view, but who is nonetheless human. Most countries that have introduced abortion set out to “help” women in difficult circumstances. None has been able to stem the steady flow of and demand for abortion. Though abortion in the UK is still – on paper – limited, the reality is that almost 200,000 babies are aborted every year, 98% of them for social reasons.

Should Article 40.3.3 be repealed, it will only be a matter of time before more, and more wide-ranging, abortion is sought, until it is available for any reason whatsoever. Without any constitutional protection for babies before birth, there would be nothing to prevent this from happening. With no fundamental right to act as a bulwark, the vulnerable minority comprised of babies before their birth would be at the mercy of the majority.

How strong is public demand for a referendum?

We also question the extent to which there is real public demand for a referendum on abortion. Opinion polls measure breadth of opinion, not depth. Therefore, opinion polls showing a majority of respondents want a referendum on the pro-life amendment, are not to be taken as the last word.

We know there is real public demand for something when politicians hear about it consistently on the doorstep, by email, and in their constituency offices.

During the last General Election, demand for a referendum came up far less on the doorsteps than issues like water charges. Politicians with a record of campaigning against the 8th Amendment did hear it raised on the doorsteps because they would naturally attract the attention of pro-choice voters. But most of these politicians were not returned at the last election.

Nor were some politicians with a proven pro-life record. This is because at election time people vote on bread and butter issues mainly. An RTE-commissioned exit poll at the time of the election showed that only 2pc of voters said abortion was their overriding issue when they decided who to vote for. Some of the 2pc in question would have been pro-life and others pro-choice. (The top issue was health services and hospitals, named by 20pc of respondents).

Pressure from campaign groups, often backed by editorial writers, is not to be confused with real public demand.

We believe, therefore, that the Citizens’ Assembly should seriously consider whether holding a referendum is really justified. We believe it is not, on grounds of pure principle as explained above. But we also believe that no referendum should be held until, at a minimum, politicians are consistently hearing demand for a referendum from ordinary voters on the doorsteps who are as concerned about this matter as they were about water charges or hospital waiting times.

Constitutional referendums should be held sparingly because the Constitution is our fundamental law. It is said that the 8th amendment has created legal difficulties. But so has the property rights section of our Constitution, or the section dealing with freedom of association, or education. This is in the nature of law itself. The law is often difficult to interpret and to apply.

It has also been said that people should have a chance to vote on something that was last voted on in 1983. The logic here is strange. The Irish Constitution itself is 80 years old, while the American Constitution is more than 200 years old. Is the passing of time alone reason to put something to a vote again? We suggest the answer is no. Leaving aside issues of principle for a moment, a constitutional referendum should only be held if there is real and genuine public demand for it, or if a particular section is giving rise to genuinely insuperable legal difficulties. We believe neither of these conditions holds true.

In summary, we hope that delegates will give real consideration to whether a referendum on this matter is actually justified. We also believe the leadership of the Assembly must give the same time to the rights of the unborn that it has given to the rights of women facing an unplanned pregnancy through its own invited experts.

The Assembly, and Ireland, have an opportunity to continue to do something wonderful – to continue to recognise the right to life of all human beings, regardless of their age or status. Let us have the courage to recognise that ideological tides will ebb and flow, but some values are worth preserving forever.

* The full submission can be accessed here.