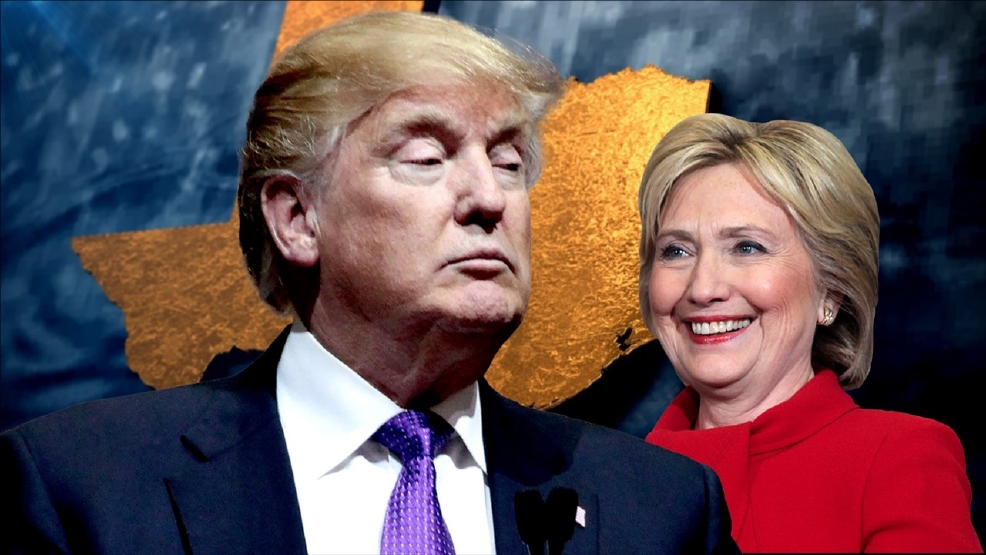 Why is it that some conservatives are ready to vote for Trump as an obvious “lesser of two evils” while other conservatives think this is a profound betrayal of principle?

The answer might lie in temperament, specifically the traditional theory of the Four Temperaments and how differences in temperament shape our worldview.

What we have in common

Modern society prefers to fixate on two polar opposites: our universal commonalities and our individual differences. We like to focus on the ways in which we are all the same, and at the other extreme how we are all uniquely different.

So we aren’t accustomed to the idea that everyone can be grouped into four general categories according to temperament – the basic biological characteristics that determine the intensity and duration of our response to stimuli.

It sounds strange, but it has a strong provenance from the ancient Greeks through to the early psychologists, physiologists, and neurologists. Giants of psychology like Wilhelm Wundt, Jacob Henle, and Ivan Pavlov incorporated temperament into their theories, observing fundamental differences in the behaviour of their subjects and seeking to account for it in modern adaptations of the ancient Greek humours.

Likewise, psychotherapists like Alfred Adler, Erich Fromm, and more recently the psychologist Hans Eysenck developed their own two-factor theories of personality in line with the Four Temperaments.

Yet we still tend to assume that everyone sees the world in roughly the same way, and are surprised when people who agree on specific issues react in starkly different ways.

We assume people who disagree with us are missing some of the facts, failing to think logically, swayed by emotions, or just being wilfully difficult.

Why would one person think it obvious that we should vote for Trump as the lesser of two evils, while another views this as a short-sighted betrayal of principle?

According to the Four Temperaments theory, a person of choleric temperament would find it much easier to rationalise their voting options and pick the best available option in a detached way.

For a choleric, a vote for Trump is just that – a vote and nothing more. It implies no deeper support nor moral affirmation. It is simply a calculated gamble that a Trump presidency will be better than, or not as bad as, a Clinton presidency.

Choleric temperaments see the world in terms of achievement and ambition. They excel at rational calculations of whatever is to their advantage. Voting in an election is no different from investing in the stock market – you want to park your money or your vote where it has the best chance of making a return.

By contrast, the melancholic temperament sees the world in terms of ideals. For a melancholic, a vote for Trump implies an endorsement of the man and his politics, with all the accountability such support entails. In an ideal world, voters would take personal responsibility for the moral character of the candidate they support.

For melancholics, voting for the “lesser of two evils” would be a betrayal of their ideals. Ideals are the melancholic’s inspiration and guiding principle, and to contradict them for the sake of victory renders the victory hollow and pointless.

That doesn’t mean there’s no objective truth here. Objectively a Trump presidency could be the genuine lesser of two evils, or a betrayal of conservative ideals, or both at the same time.

Sanguines see the world in terms of nice things and enjoyable experiences. Often maligned as superficial, sanguines tend not to appreciate the kind of deep thinking that both cholerics and melancholics find second-nature.

Some Sanguines will have been drawn to Trump simply because he stood out, made outrageous statements, and promised to shake things up. But others might just as easily have disliked him for the same reasons.

Sanguines will vote according to whatever they think or feel at the time. The only certainty is that they won’t be overly troubled by their choice, and will avoid heavily theoretical attempts to convince them either way.

By contrast, phlegmatics like to follow the rules, seek to avoid conflict, and are equally happy to do their own thing or go along with the crowd.

Republican phlegmatics will feel quite strongly that they should vote for Trump simply because he is the Republican nominee. They may not like his personal style, but will trust in the party’s nomination and set aside their qualms for the greater good.

On the other hand, many phlegmatics would have initially disliked the fact that Trump refused to play by the unwritten rules of politics. They will also feel deeply uncomfortable with the conflict that has fractured the Republican Party over Trump’s nomination, not to mention Trump’s confrontational personal style. They are team players, and would be much more at ease if everyone could just get along.

According to the theory, we all contain elements of each of the temperaments, usually with one or two predominating. But in this electoral season we would expect many in the #NeverTrump camp to have stronger melancholic tendencies, as their idealism baulks at the flawed character of Donald Trump, and the seeming cynicism of the “lesser evil” approach.

Disillusioned melancholics may even decide that their vote doesn’t really count, or that the system is too broken to participate in any longer.

Likewise, we would expect the most consistently vocal Trump supporters to have stronger choleric tendencies, as they are better able to look past or remain unaffected by their candidate’s faults, and view his campaign more impassively as a kind of calculated risk. Cholerics may agree that the system is broken, but will continue to participate until a viable alternative emerges.

Sanguines may be vocal, but not consistently. They can get easily riled up, but just as easily get over it. Most phlegmatics will prefer not to speak up or draw unwarranted attention to themselves. They’ll quietly do what they think is best, but take comfort in following the rules or going along with their friends and peers.

When we assume that everyone shares the same basic worldview we end up frustrated at other people’s intransigence or inconsistency, their passivity or their audacity, their seriousness or their flippancy. But if we can understand the radical differences in our basic worldview we are immediately better able to get along with one another, and appreciate the strengths each temperament brings to the whole community.

So is there a single answer that all four temperaments should seek to arrive at?

We know there must be such an answer, even if we can’t or don’t yet know what that answer is. We stand a better chance of finding the answer if we understand the biases inherent in our own temperament, and the temperaments of others.

When it comes to the election, the best we can do is vote according to our conscience. In light of the temperaments we can better inform our conscience to make this difficult decision.

Zac Alstin is associate editor of MercatorNet. He also blogs at zacalstin.com.