The other day, while at an amusement park, I watched in awe as a woman who was Muslim got in line for a ride. The day was hot, a kid had passed out in line, and she stood there covered from head to toe. She had on a dark blue headscarf, a pair of jeans, a long tan trench coat-type top, socks and flat shoes. I was sweating just looking at her. Glancing at her husband, who was similarly in jeans, but looked cool in a short-sleeved shirt, I was immediately annoyed. Why did he get to wear weather-appropriate clothing while she sweat it out covered wrist to ankle?

As I continued to observe the crowd around me, it isn’t hard to believe that every other woman in the crowd wore significantly less clothing than the Muslim before me. Actually, the other women wore barely anything. They had on tight tank tops, midriff-showing tops, shorts so short you couldn’t tell if they were a piece of clothing or some fancy designed underwear. And suddenly the way the Islamic woman was dressed didn’t seem so bad afterall. 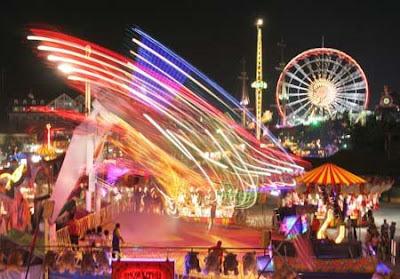 I’d go so far as to say, those scantily clad were in more of a prison than the one sweating it out fully garbed. No one paid much attention to the Muslim woman; but those practically unclad attracted looks from all directions. And as the looks grew with the expansion of the crowd, the girls began to act according to the role they were displaying. They flirted, adjusted their clothing and hair constantly. They stood unnaturally with stomachs sucked in. It must be a kind of hell to be constantly worrying about how everything looks, constantly adjusting, twisting, turning and preening. The Muslim woman never had to worry about the way her top fell, never had to adjust to better show off her, um, assets.

Now, I’m not saying the whole population of women should walk around covered from head to foot in all kinds of climates and environments. It’s unrealistic and honestly at times cruel. But can’t there be a happy medium? Women who are dressed for the occasion but not turning themselves into an object.