FROM THE IONA BLOG 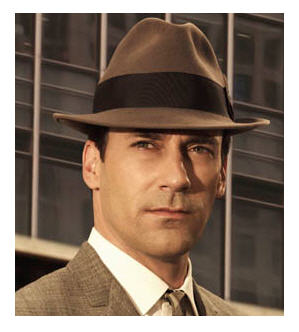 Jon Hamm is the actor who plays Don Draper, the central character in the cult TV series, Madmen, which is about a Manhattan advertising firm in the 1960s. Hamm has been living with his partner for the last fifteen years and is in no mood to marry. It turns out a big reason for this is that his parents divorced when he was only two.

Explaining why he isn’t married and doesn’t have any plans to marry, he said in an interview: “I don’t have a particularly defined example of marriage in my life.”

He added: “My parents got divorced when I was two and never remarried. So it doesn’t mean anything to me.”

He concluded: “I don’t mean to say that it shouldn’t mean things to other people. I’m not judging it one way or another.

“It’s just my experience.  I don’t have that paragon of married life to look at and think, ‘Oh yeah, that’s it! That’s what I want!”

I have been interviewed about divorce in the last couple of years by a number of university students whose own parents had divorced. It seemed to me that they had very conflicted views about marriage in the same way Hamm has.

Hamm obviously has a very jaundiced view of marriage because of the fact that his parents divorced when he was so young. Their divorce made a mockery of the commitment that marriage is supposed to be about, especially when children are involved.

It gave him very little faith in marriage as an institution and accordingly he has avoided it to date.

Understandably, but unfortunately, this seems to be the conclusion a lot of people arrive at whose parents divorced when they were young.

But the more logical response is surely not to reject marriage per se, but instead to reject the sort of pursuit-of-individual-happiness-at-all-costs culture which is the main driving force behind the high divorce rate found in America and other Western countries.

Or to put it another way, reject easy and permissive divorce, not marriage.