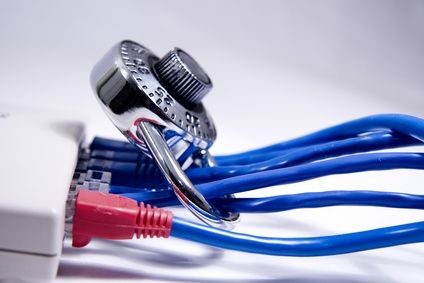 At the June 4 Halton public board meeting the filtering issue attracted two delegations, one representing teachers and the other delivered by a couple of students. Both were from Burlington’s new Dr. Frank J. Hayden Secondary School and both spoke prior to the vote against having a filter.

“Filters won’t protect kids but education will,” said Hayden Program Leader for Mathematics, Science and the Arts Jamie Mitchell. “It (filter) would deny access to our students seeking (certain) information.”

He said filters can’t understand the nuance of some words or terms and might block access to pupils of important information about some subjects, such as those related to the Lesbian Gay Bisexual Transgendered and Questioning (LGBTQ) community.

Right. But what do terms like “education” or “(certain) information” mean, exactly? Not only doesn’t the filter understand, but I don’t either, necessarily. And maybe if I did, I would vote to ban the site. So the sensible solution is to work from the back end: Ban sites from school computer use that are already known to present problems, from the Board’s perspective.

A school is not a shopping mall. Under compulsory education acts, students within a certain age range are required to be at school by law. And if their parents provide no other option, they will be placed at the tax-funded school in their district. Whether it is a healthy place to be or not. One can always sue the board if something bad happens, but what kind of a solution is that, after the fact? So there just isn’t a lot of freedom about school.

Any system that does not provide much freedom (whether its objectives seem good to the observer or otherwise) attracts a variety of zealots, predators, and people merely seeking a captive audience. The Internet can heighten the problem, obviously, by providing extra resources to all such persons. Alternatively, it can provide students access to Nature News, Scientific American, and National Geographic, among other resources. So the question is, how to ensure the benefit without too many risks?

The practical reason for school filters is this: Schools must defend legal actions by turning to their insurers. But who wants to insure a risk that is unknowable in principle? The difficulty is not just that tax-funded premiums will rise but that insurers may not want the risk at all. They quietly exit that part of the business, rather than stick other policyholders with the problems.

Schools have a “duty of care”; they must act to avoid foreseeable harm. Filters are an obvious tool. They’re not perfect, but if users think that the filter is not performing well, they can take the matter up with the Web technician.

The no-filter alternative might be to discover that a student charged with a serious criminal offense got his information and contacts from an unfiltered and unmonitored computer on school premises during school hours. Not a case where any resulting civil law actions for damages would be easy to defend.

Note: I used to write for an insurance industry trade mag.