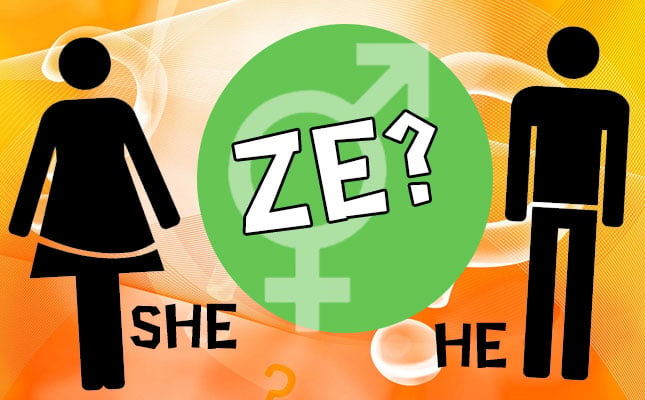 Tuition, room, board and other fees to attend Mills College in Oakland, CA is $57,587 per year, not counting health insurance fees of $3,600 per annum, (assuming you graduate before you reach the age of 26 and that your parents, who are helping you pay for school, are also footing the bill for your insurance).  Multiply that by four years of college (assuming you don’t need an extra year to complete the requirements of your major in Women’s, Gender and Sexuality Studies and your minor in Queer Studies), and your educational price tag can cost upwards of $230,348.

What do you get for nearly a quarter million dollars?  Along with a degree from a well-respected liberal arts college, the “Vassar of the West”, you might discover that your gender isn’t “he” or “she” but “other,” or “ze.”

Your professor doesn’t teach you your gender; these pronouns are strictly self-selected.  Take your pick from the smorgasbord. As Time reports:

The weekly meetings of Mouthing Off!, a group for students at Mills College in Oakland, Calif., who identify as gay, lesbian, bisexual or transgender, always start the same way. Members take turns going around the room saying their names and the personal pronouns they want others to use when referring to them—she, he or something else.

When they say “something else,” they mean words such as “ze” (an option at the University of Vermont), or novelties such as “sie,” “e,” “ou,” “ve,” or “they” (used as a singular, not plural term). And, of course, there’s always “he” for girls determined to call attention to their gender.

These neutral terms are “meant to convey a more generous notion of gender.”  Although at Mills, this gender-generosity is not extended to undergraduate men, who are excluded from enrolling because of their sex.  Guys may call themselves “she” but they can’t enroll if they’re really, underneath the pixie dust, “he’s.”

Mel Goodwin, a youth program director in Las Vegas, “claimed they as a preferred pronoun four years ago and it took time ‘to unlearn what I had been taught about gender.’”

Is it worth a quarter mil to unlearn your gender and pick a shiny new one?  Apparently it is to some students.

The president of Mouthing Off!, 19-year-old Skylar Crownover, prefers to be called “they” (used in the singular sense) but also responds to “he.”  And she they is not alone.

On high school and college campuses and in certain political and social media circles, the growing visibility of a small, but semantically committed cadre of young people who, like Crownover, self-identify as ‘genderqueer’ — neither male nor female but an androgynous hybrid or rejection of both — is challenging anew the limits of Western comprehension and the English language.

Will future wedding rites end with:  “I now pronounce you ze and ze”?

There was a time when liberal art colleges taught classics such as the writings of Plato and what his mentor, Socrates, had to say.  Such as Know thyself.  But surely it shouldn’t cost over $200,000 to know thy own gender?

So far most of the attention on same sex marriage is centered on the rights of homosexuals. But before we unlearn what marriage is and endorse the new version pushed by gay rights activists, there are other crucial aspects that must be addressed in order to make an informed decision.  To name just a few:

These are all important questions and they all center on one vital issue:  gender.  (Here gender is used in the generic sense meaning male or female.)  How important is gender-diversity in marriage and society?  Should families be gender-segregated or gender-integrated?

These questions must be answered before we recklessly de-gender marriage.  Unfortunately, instead of confronting the gender dilemma, people are saying, “Well, my cousin is gay so I support same sex marriage.”  So what if he’s gay?  Marriage is not about same sex attraction; it’s about gender-integration and procreation.  Gender segregation is not for marriage; it’s for public restrooms.

The nods to novel pronouns and nonconformity are an outgrowth of campaigns for gender-neutral bathrooms and housing that were aimed at making campuses more welcoming for transgender students moving from one side of the gender spectrum to the other. But as fewer young people choose to undergo sex reassignment surgery, such students are slowly being outnumbered by peers who refuse to be limited, said Genny Beemyn, director of the Stonewall Center at the University of Massachusetts, Amherst.

“Certainly we see students who are transitioning, particularly female to male, but the vast majority of students who identify under the trans umbrella identify in some way outside the binary, and that’s really causing a shift on college campuses,” said Beemyn, who studies gender identity in higher education and recently traded ze for they.

So public facilities should be gender-inclusive, but not marriage?

No wonder we are confused about the importance of gender in marriage.  If we’re not even clear on our own genders, how can we ever hope to know how gender fits in marriage.

Embracing new-fangled neutral pronouns is like transgender without the trans.  This is not enlightenment, this is collective navel-gazing.  Except five inches lower.

Formerly our words were selected to reflect reality.  Now they are wannabe incantations.  As if saying a girl is “he” over and over will hypnotize us into believing it.

The word “he” is not a charm that magically changes Skylar’s gender.  Likewise, legalizing “same sex marriage” is not a magic wand waved over two women that instantly transforms one into a husband. Simply because two gals pretend to be married doesn’t mean they are socially or biologically the same as a husband and wife. There’s no voodoo that can make this couple gender-integrated.

It’s time to unlearn the magical thinking that claims gender is unimportant in marriage and sex. It’s time to relearn the fact that gender matters to everyone in marriage, including those with same sex attraction.

And it’s time for a more generous notion of reality.

Kelly Bartlett has been practicing life, love, and marriage for decades, hoping to improve her game. She writes from Vermont.