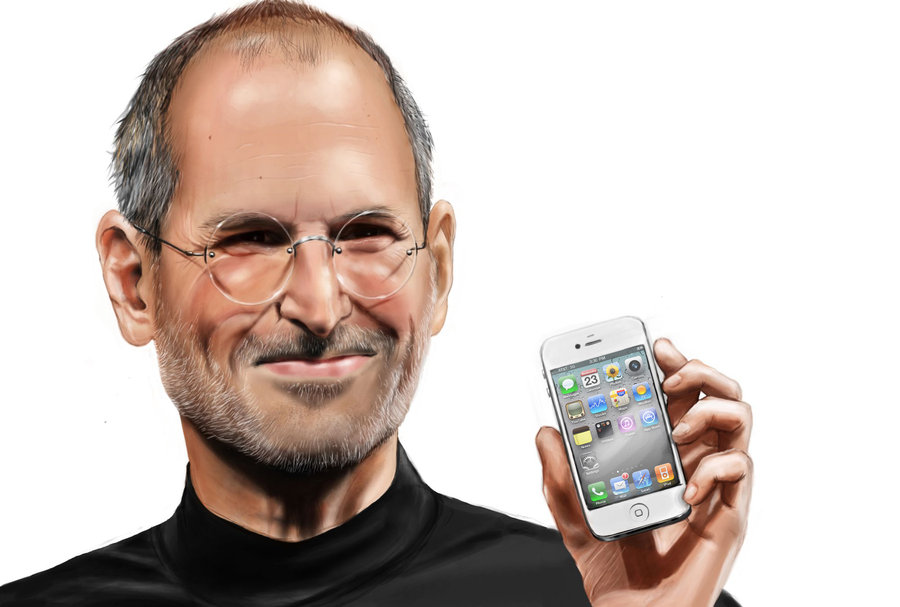 In an announcement that coincides with the release of the Apple iPhone 6 Plus—a predicted preteen must-have—New York Times tech columnist Nick Bilton tells us that Steve Jobs (1955–2011), Apple co-founder and pioneer of the Mac, the iPhone and the iPad, restricted his four children’s use of technology:

I had imagined the Jobs’s household was like a nerd’s paradise: that the walls were giant touch screens, the dining table was made from tiles of iPads and that iPods were handed out to guests like chocolates on a pillow.

Nope, Mr. Jobs told me, not even close.

Since then, I’ve met a number of technology chief executives and venture capitalists who say similar things: they strictly limit their children’s screen time, often banning all gadgets on school nights, and allocating ascetic time limits on weekends.

What, Bilton wonders, do the high tech whizzes know that the rest of us don’t?

Well, one thing they told him is that people become addicted to electronic devices. Indeed. We’ve not only seen it, some of us have been it. It’s addiction when

– we prefer online relationships to natural ones (because they feel safer).

– instead of helping us with focused work or study projects, the Net wastes our time, costing us promotions and marks—and we don’t even care as long as we can keep surfing.

– we have a history of substance abuse, and our Internet use is beginning to resemble a bout with a substance.

Children are at risk for Internet addiction because, unlike substances, it isn’t forbidden, controlled, or restricted, except by parents or teachers. Add to that the fact that some children spend far too much time alone in their rooms online, and addiction can be predicted. To say nothing of the fact that the kid may be making statements—or acquaintances—she is much better off without …

How strict are these high tech parents? Chris Anderson, the former editor of Wired and now chief executive of 3D Robotics has kids who accuse him and his wife of being “fascists.”

Alex Constantinople, the chief executive of the OutCast Agency, a tech-focused communications and marketing firm, said her youngest son, who is 5, is never allowed to use gadgets during the week, and her older children, 10 to 13, are allowed only 30 minutes a day on school nights.

Evan Williams, a founder of Blogger, Twitter and Medium, and his wife, Sara Williams, said that in lieu of iPads, their two young boys have hundreds of books (yes, physical ones) that they can pick up and read anytime.

Other parents have rules like using Internet media only in the living room or only on creative projects, not just aimless surfing. Or allowing only Snapchat, which deletes messages on sending, so they can’t as easily hang around to haunt a teen later in life.

But there’s another factor that Bilton doesn’t address: Generally speaking, upper middle class people do not live the lifestyles that the advertising agencies of many of their companies promote to less well educated/less well off social classes.

I wrote about this fact back in 2012, while reviewing sociologist Charles Murray’s book, Coming Apart. While marriage and churchgoing are collapsing among the shrinking working class, the upper middle class are more likely to continue to marry and profess a religion:

Strikingly, residents of nearby fashionable Belmont are more likely to go to church. Despite the widely publicized stereotype that the educated elite are materialist atheists, “Of the academics and scientists in the GSS sample, only 16 per cent said they had no religion” (p. 206). This is easy to explain if we keep in mind that most scientists are not the academic elite, they are just scientists, and most of them identify with a specific religious group.

So heads up!, working parents: The late Steve Jobs’ high tech peers do not raise their children to live for, with, and through all the toys that their ad agencies market to yours!

It’s not easy to say no to a teen who claims all her friends have the latest tech toy. One approach might include getting to know other parents and teachers in the same boat. Once a whole group starts looking past Jobs’ company’s ad agency to what Jobs himself actually did as a parent, there’s a bit more hope for the kids.

See also: Are video games dangerous for kids? Maybe, but it depends what they supplant. What would the kid be doing otherwise?