Dust motes dance in sunlight slanting down a narrow, tidy corridor. Respectable wallpaper, stairs up one side, two or three doors on the other and a window at the end.

A laughing little girl bursts out of the kitchen and rushes down the hall, golden curls bouncing. As she darts into the room at the end of the hall, a smaller boy, a little unsteady on his pudgy legs, toddles after her, giggling and calling. He totters into the bedroom they share, and after more laughter and a medium-sized crash they tumble out into the hall again and head back toward the kitchen.

Suddenly we hear the sharp, definitive crack of a rifle. The children freeze, puzzled. She puts a protective hand on her baby brother’s shoulder and looks anxiously round. Then both children fade and vanish before our eyes. The echoes of their laughter die away, and the corridor is as hopelessly still and empty as a tomb. Nothing will make these dust motes dance, ever.

Who are these children? They have no names. They exist in no one’s memories. They were never born, because the shot we just heard killed the soldier who would have been their father in France in the spring of 1917. One careless moment, or just bad luck, cost not only his life but his fiancée’s marriage and the children they could one day have had in some decent little apartment above a friendly street in Ohio, Ontario or Victoria. Or Lyons, Bavaria, Liverpool… 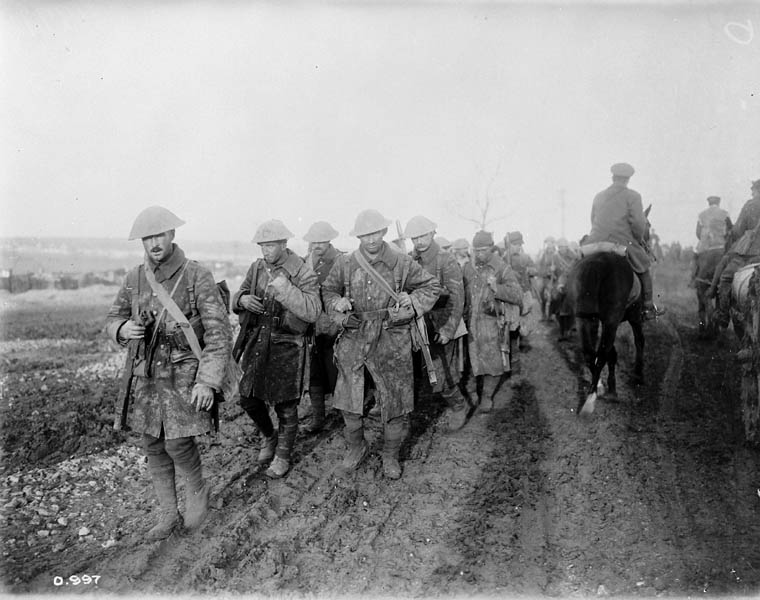 Who is the soldier? He has millions of names. Very few now remember the individual dead of the Great War, and even those of World War Two are fast disappearing from living memory. But on November 11th, in Britain, Australia, Canada and elsewhere we will pause briefly in our busy days, turn off our digital devices and bow our heads in honour of those who “gave all their tomorrows for our today”. In that list I include those who manned Hadrian’s Wall, gathered at Egbert’s Stone and slogged through mud at Agincourt as well.

We do not wish we could be in their place. Samuel Johnson said “Every man thinks meanly of himself for not having been a soldier…” But those with any sense feel this way not because they missed an adventure (though they did) but because they know that those who took up arms against the foe, from Salamis to Afghanistan, risked more for us than we ever will for them and gave, far too often, what no one can begin to repay.

When we weigh their sacrifice and applaud what we cannot recompense, we think of what they lost: the dawns they did not see, the chocolate they never ate, the books they did not read (or write), the love they never gave or received. We should also remember those to whom sons and lovers never returned, the forever empty chairs at Thanksgiving and Christmas, the fading portraits of dashing-looking uncles who were but names to nieces and nephews. And let us recall also, the full measure of sacrifice for many, the children who never laughed, or cried, because those who might have given them life did not live long enough to do so.

War is, indeed, a horrible thing. Those who serve risk not only death but mutilation, madness, and all that might have been without these things. And any parent will tell you the loss of their own life is nothing to the loss of a child. Yet all of this is placed in the scale by those who answer the call of duty, and lost by many of them. So is it worth it?

Some say no. They claim to love life so much that war must be a last resort. Really? Last? Behind surrender, disgrace, submission to genocide? Those who say so do not love more than others, but far, far less. They cannot love children who would raise them to be slaves.

That is why Remembrance Day is not a pacifist occasion. In Canada, at least, we mark November 11th by reciting portions of John McCrae’s “In Flanders Fields” and despite the occasional misguided misinterpretations of uneducated educators this lament for the dead is not a call to lay down arms but to take them up. Written in 1915 by a man who lost his own life in 1918 (of pneumonia, but on active duty), it famously begins: 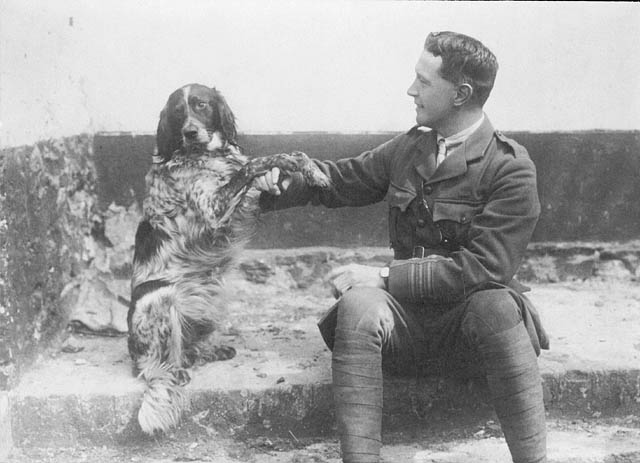 In Flanders fields the poppies blow
Between the crosses, row on row,
That mark our place; and in the sky
The larks, still bravely singing, fly
Scarce heard amid the guns below.

We are the dead. Short days ago
We lived, felt dawn, saw sunset glow,
Loved, and were loved, and now we lie
In Flanders fields.

Take up our quarrel with the foe:
To you from failing hands we throw
The torch; be yours to hold it high.
If ye break faith with us who die
We shall not sleep, though poppies grow
In Flanders fields.

We ought still to deter war through strength, rather than drift into it through weakness then let the best retrieve at terrible cost the errors of the mentally and morally feeble. But we honour their sacrifice because we know it is the path of duty and of right despite its horrors. And these we remember without flinching because it is all we can do.

Think, then, of all that was lost by those who fell in war. The dawn, the larks, the sunset, yes. But also all the children who, at the crack of a rifle, freeze and fade away and never were.

John Robson is a writer and broadcaster in Ottawa, Canada.