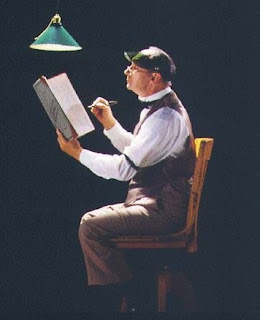 When I worked in the US Attorney’s Office during college, as a flunkie law librarian, I used to spend tax-payers’ money sitting at a big wooden table and reading a law encyclopedia called Proof of Facts. (Like most federal government employees, I had my work finished in about an hour and so had to spend the rest of my time pretending to be busy.) As a philosophy major, I was fascinated by the epistemological issues involved: how do you prove a fact exactly? Well, it turns out that the court system actually has some standards in this regard, and this encyclopedia was thousands of pages dedicated to the methods and criteria for proving facts in a court of law.

Journalists, of course, don’t hold themselves to as high a standard. In fact, judging from what the media considers “proof” of a fact, they have no standards whatsoever. “Fact checking” is now just another smokescreen to attack libertarian-minded politicians under the guise of journalistic neutrality.

For example, you don’t have to be a conspiracy theorist to see a pattern to the recent explosion in “fact checking” of Mitt Romney’s and Paul Ryan’s statements. Clearly, the media have decided that the best way to counter Romney’s attacks on Obama’s record is to pretend that it’s all just made up, that there is no factual basis to his accusations.

What makes independent-minded voters suspicious of the new media “fact checking” articles is that they appear to follow, line by line, the talking points of the Obama Campaign.

For example, here is the text of an email that Obama campaign manager Jim Messina sent out within hours of Paul Ryan’s speech:

Paul Ryan gave a feisty anti-Obama speech that will have fact-checkers working for days. His most brazen lie accused President Obama of “raiding” Medicare by taking the exact same $716 billion that Ryan and the House GOP notoriously voted to slash. It was stunning.

Of course, Joan was hardly alone. Like the Democrat foot soldiers they now appear to be, all of the major U.S. media organizations (from The New York Times to CBS News) took to parroting Jim Messina’s email virtually verbatim:

In fact, Google News lists 79,000 examples of sites featuring the words “Fact Checking Mitt Romney.” Does anyone in America seriously expect that these legions of “fact checkers” will give the same ferocious attention to Barack Obama’s acceptance speech next week?

Of course not. It’s a silly question. Just a few days ago, The New York Times’s own ombudsman, Arthur Brisbane, wrote a scathing denunciation of his paper’s craven political bias in his final column: “Across the papers many departments…so many share a kind of political and cultural progressivism – for lack of a better term – that this worldview virtually bleeds through the fabric of the times,” he wrote.

So, that raises another question: Who fact checks the “fact checkers”? As Proof of Facts points out many places, definitions are crucial. For example, when conservatives suggest that we reduce an increase in spending — that is, we increase spending on some useless government make-work program only $50 billion instead of the planned $100 billion — that is a “cut” in spending. Now, for anyone who doesn’t work for the government, that is actually “a smaller increase,” not a “cut.”

But for decades now, the liberal media have routinely followed the instructions of their masters in the Party and called such reductions in increases “cuts.” Thus, it is intellectually dishonest now in the extreme that these same liberal media howl that Mitt is “lying” when he talks about Obama’s plans to “cut” Medicare spending – when Obama is supposedly merely reducing increases. Here is how Investor’s Business Daily puts it:

Media fact-checkers also complained about Ryan’s charge that Obama is cutting $716 billion from Medicare to fund ObamaCare. Not true, they said. Medicare’s growth is just being slowed.

But Obama achieves that slower growth by making real cuts in provider payments. And in any case, the media always and everywhere call a reduction in the rate of federal spending growth a “cut.” So why suddenly charge Ryan with being misleading for using that same term?

In any case, Obama himself admitted that he’s doing what Ryan says. In a November 2009 interview with ABC News, reporter Jake Tapper said to Obama that “one-third of the funding comes from cuts to Medicare,” to which Obama’s response was: “Right.”

The rest of Ryan’s alleged factual errors aren’t errors at all; it’s just that the media didn’t like how he said it. But since when is it a fact-checker’s job to decide how a politician should construct his arguments?

Investor’s Business Daily also went after the fact checkers’ alleged revelations about the truth of the car factory closed in Paul Ryan’s hometown — the one candidate Barack Obama said he would help stay open for a hundred years. Well, the fact checkers said, the decision to close the plant occurred during President George Bush’s administration… so Barack Obama can’t be held responsible and it’s a “lie” to say so. But Paul Ryan didn’t say Obama ordered the plant closed. He only said that the plant did close… and that Obama’s policies did nothing to prevent it from being closed or from being reopened.

If media “fact checkers” are just impartial guardians of the truth, how come they got their own facts wrong about Paul Ryan’s speech, and did so in a way that helped President Obama’s re-election effort?

Case in point was the rush of “fact check” stories claiming Ryan misled when he talked about a shuttered auto plant in his home state. Washington Post fact-checker Glenn Kessler posted a piece — “Ryan misleads on GM plant closing in hometown” — saying Ryan “appeared to suggest” that Obama was responsible for the closure of a GM plant in Janesville, Wis.

“That’s not true,” Kessler said. “The plant was closed in December 2008, before Obama was sworn in.”

What’s not true are Kessler’s “facts.” Ryan didn’t suggest Obama was responsible for shuttering the plant. Instead, he correctly noted that Obama promised during the campaign that the troubled plant “will be here for another hundred years” if his policies were enacted.

Also, the plant didn’t close in December 2008. It was still producing cars until April 2009.

An AP “fact check” also claimed that “the plant halted production in December 2008″ even though the AP itself reported in April 2009 that the plant was only then “closing for good.”

CNN’s John King made the same claim about that plant closure. But when CNN looked more carefully at the evidence, it — to its credit — concluded that what Ryan said was “true.”

Of course, it goes without saying that, when the shoe is on the other foot – when the four conservative news outlets in America (such as Fox News or National Review – evaluate the statements of liberal candidates, they are quick to denounce any ambiguity as an outright “lie” or to claim that the liberal candidates are hiding their true intentions.

But the problem is precisely that there really only are about four ideologically conservative media outlets in the United States – and poll after poll has revealed that the people who work in the media are overwhelmingly supportive of Barack Obama.  What’s more, even the media themselves admit that there has been an explosion in “fact checking” during the past two presidential campaigns.  The Huffington Post’s Michael Calderone even calls it a “media war over facts” in a recent article:

But as fact-checking has increased in the 2012 race, so has the backlash against it from the conservative media, quick to suggest “liberal bias” at play. Not surprisingly, several right-leaning journalists and bloggers pushed back Thursday against the flurry of Ryan fact-checks.

The bottom line: Like everything else the US media do, their “fact checking” operations have to be viewed with a very large amount of scepticism.

As Proof of Facts demonstrates in its thousands of pages, proving a fact isn’t as easy as it looks — and is almost impossible when the person doing the “proving” is an ideological crusader.

Patheos.com is wrong: It’s not that Americans no longer care about “facts.” It’s that the average voter is now sophisticated enough to know that just because a media outlet declares something a “fact,” it doesn’t make it true. Politicians lie all the time. And so, we are finding out, do reporters, editors and news anchors.

Robert Hutchinson is a writer and the author, most recently, of The Politically Incorrect Guide to the Bible.  He blogs at RobertHutchinson.com

Robert J. Hutchinson is the author, most recently, of What Really Happened: The Death of Hitler. https://amzn.to/39okvQL More by Robert Hutchinson