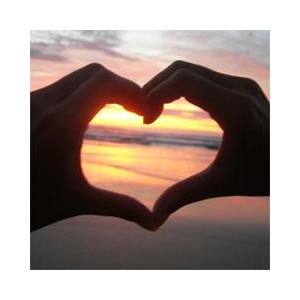 What is the future of marriage? The question arises not only because of the revolutionary concept of same-sex marriage, but because of the evolutionary path marriage has followed in mainstream society since at least the mid-twentieth century. This subject was explored in depth by Bryce J Christensen in a recent article, “Only ourselves to blame”, on this website.

For some years, now, researchers at the Institute for American Values have been pointing out that, while the great majority of people still highly value marriage, the meaning of marriage has undergone a profound change. There has been a marked shift away from the institutional concept of marriage, which is focused on the begetting and rearing of children, to the soulmate concept, which is focused on the happiness of the couple and has no essential connection to children.

David and Amber Lapp, a young married couple who have been doing qualitative research for the IAV on how young working class adults view marriage, have written about their findings from face-to-face interviews. This section of the US population (from the 58 per cent of Americans with a high school diploma but no college degree) was chosen because it is the one most impacted by the changing idea of marriage.

Births outside of marriage to women from this group have risen from 13 per cent in 1982 to 44 per cent in the late 2000s (compared with only 6 per cent among college educated women). This is the “new normal” among the working class or “moderately educated” Americans. And it is driven not by single motherhood but by cohabitation: 52 per cent of all non-marital births, and 61 per cent of births to white women, take place within a cohabiting relationship.

What’s going on? Basically, these young working class folks believe in “love, commitment, permanence and, family” but they also buy into the soulmate notion of marriage – which does not work for them. There are other reasons, social and economic, for their failure to marry, but an inadequate philosophy of love and marriage, that it is merely about individual happiness, is very influential.

In their Public Discourse article the Lapps use some brief profiles of interviewees to illustrate this point. In most cases, the ideals and dreams of interviewees — as well as, often, their experience of divorced parents — leads them believe that “the surest way to test if you’ve found ‘the right person’ is to live together, perhaps for years, before you marry.” Since most are open to children, they become parents. (But that won’t necessarily keep them together; cohabiting relationships break down at twice the rate — or more — of marriages.) And yet, say the Lapps,

Ironically, the “new normal” may be as much about working-class young adults’ aspirations to marriage—or at least a version of marriage—as it is about a rejection of marriage. For it is not out of disdain for marriage that working-class young adults delay marriage and begin families, but out of reverence for it as something that ought not be broken.

How can we help them?

“There are no easy answers,” say the writers. It is not enough to tell young people to “get married” when their understanding of marriage is flawed, not to lure them with prospects of “health, wealth and happiness”, which social science shows accrue to the married.

Instead, we should underscore that marriage exists to safeguard what working-class young adults hold dear: love and family. We should also underscore that, whether in the ordinary or extraordinary forms, heroism—and along with it sacrifice and fierce commitment—is needed for marital love to be sturdy enough to become a touchstone for their children and their children’s children.

Is that asking too much?

Anyone who doubts the effectiveness of this kind of morally muscular message among working-class young adults should consider how so many young adults of the same population join the military and are willing to sacrifice their lives for the country they love. The challenge is to show working-class young adults that marriage is also an invitation to such sacrifice: to devote themselves to their beloved and to their children, and to lay down their lives for their family.

Absolutely. Let’s stop underestimating the young and give them a vision of adult life that really will work for them.