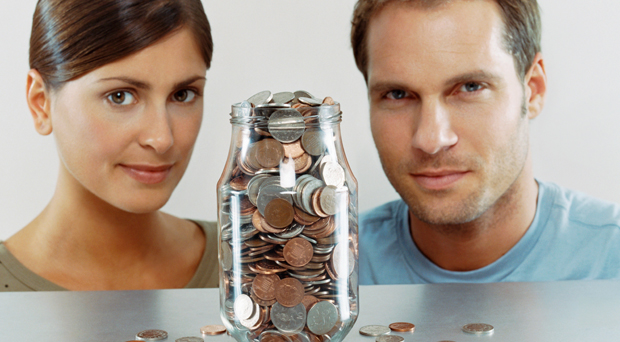 Millennials are now infamous for avoiding the altar, and the reasons are many, according to a Washington Post story. Chief among those reasons are the economy and the desire to “establish themselves” before tying the knot.

“I can’t even imagine paying for a wedding right now,” Kaitlyn Schaefer, who just celebrated her tenth anniversary with her boyfriend, tells the Post.  “And it’s a domino effect. Because then what’s the next step? Kids? A house? We can’t afford that now.” Thirty-three-year-old James Fay said he and his former girlfriend “didn’t have our careers established to the point where we thought it was smart to have a wedding and settle down and all that.”

But while putting off marriage until the money is there may seem wise, research indicates that marriage may, in fact, help couples establish their financial well-being.

(Gabriela Barkho, “Why Are Millennials Putting Off Marriage? Let Me Count the Ways,”Washington Post, June 6, 2016.)

Researchers are continually awed by the concept of the marriage premium—the wage increase that occurs after marriage, particularly for men. Most cite “specialization” as the most likely cause. When a couple marries, the individual partners divide duties in such a way as to increase the wife’s share of household duties, thus allowing the husband more time for paid labor. Alexandra Killewald and Margaret Gough, researchers from Harvard, seek to study the marriage premium more rigorously, and hypothesize that if specialization is indeed the reason that men tend to earn more after marriage, specialization should also cause women to earn less.

Using data from the 1979-2008 waves of the National Longitudinal Survey of Youth, the researchers used fixed-effects models that control for selection and test the data in various ways. One model estimates the “total relationship between family status change and wages,” the so-called Total Effect. The second controls for time-use specialization (hours worked and labor market experience) so as to study the “mediating role of employment hours.” The third model “tests the mediating role of job traits and tenure,” thus “further narrowing the gender gap in the marriage premium.”

The results of all three models demonstrate that even childless married couples seem to specialize in duties, though to a lesser extent than do married couples with children. The data indicate that for men, specialization does indeed explain wage increases: “Changes in men’s employment hours, job traits, and tenure associated with marriage and married fatherhood explain a portion of these wage gains.” The researchers highlight that although specialization at least partly explains the effect on men’s wages, it does not account for the changes in women’s wages: “Marriage and cohabitation are associated with wage gains for childless women, not wage losses as predicted by specialization. . . . Furthermore, if anything, marriage alters women’s employment hours, job traits, and tenure in ways beneficial to their wages.” (In modern academic fashion, the researchers lump marriage and cohabitation together. But other studies indicate that results are usually muddled in such cases, and the effects are much stronger for married than cohabiting couples.)

Killewald and Gough conclude by calling for further research, as specialization does not, in fact, entirely explain the marriage premium, particularly for women. In other words, something about the state of being married causes both spouses to earn more. The researchers speculate that men may earn a greater premium than women at marriage because “transitions to marriage and married parenthood may encourage men’s sense of responsibility,” whereas “single women already possess these positive traits or because gendered norms of family behavior place less emphasis on financial providership for women.” Whatever the reason, the results are clear: Marriage is related to an increase in wages, for both husbands and wives.