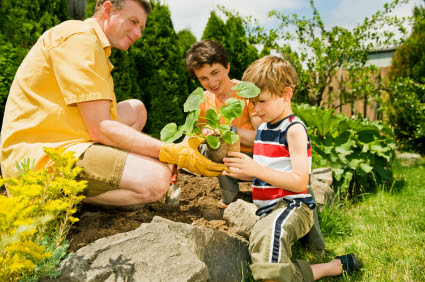 That heading on an ABC (Australia) op-ed leapt out at me from the webpage. I immediately thought of the little children who are being inserted into unnatural “families” formed by same-sex couples, deprived of the nurture of their natural mother or father, or both.

The article is about the non-human environment, which the social progressives rightly want to protect, but some of its observations are very ironic when applied to humanity — which, after all, has its own nature, although the social avant garde do not seem to care at all about that.

The author waxes lyrical about the importance of exposing children to the natural environment from an early age (which I certainly agree with). For example:

We may have disconnected from nature, but we are delusional if we think we can live without it. Ignoring the value and contribution of nature to our well being is, quite literally, life threatening.

But ignoring is exactly what we’re doing. In his seminal 2005 book, Last Child in the Woods, author Richard Louv, gave this ignorance a term: Nature Deficit Disorder. While not a medically recognised condition, there is an ever expanding body of work which supports Louv’s central theme: that deprivation of a relationship with nature is fraught with multiple health and welfare issues. For people. And planet.

Yes, we are going to see a lot of Nature Deficit Disorder as a result of placing children in artificial family environments, cut off from the natural environment which is theirs by right. The health and welfare issues will be enormous.

Time to call a halt to this experiment now.