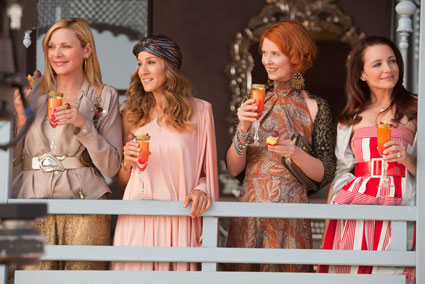 Quite often when we think of divorce, the blame seems to lie with the man. He has been unfaithful, unloving, or has taken to drinking too much. But interestingly, according to recent reports, it seems that over the last five years there has been a huge increase in marriages that have broken down because of the woman drinking too much.

Dubbed as “sex and the city” drinking, it seems that a large number of women are turning to alcohol to combat stress or sadness. Some get home in the early hours of the morning after a stint at the pub, and there are others who drink alone at home. The causes of this trend seem obvious enough, with drinking being more acceptable for women nowadays than it was in the past. Hard-core feminists might say this trend is great, as something that shows our growing equality to men.

I disagree. A development like this isn’t making us happier – it’s leading to relationship breakdown. It seems rather a disturbing trend. I have nothing against a drink at dinner, but drinking to the point of divorce seems slightly problematic.  I also got wondering why we are only concerned when women are the problem drinkers, instead of the men. Why this natural aversion?

I think this trend overturns the role of the woman in a relationship. By nature, they have generally been the stable and unifying person in the relationship (politically incorrect perhaps, but true). Not to say that men play no part in this, but it was more attributed to the women. I also find it interesting that wives are choosing alcohol over confiding in their husbands – which could help to prevent all these divorce. This could be due to habit, considering that women marry later and so would be quite set in their ways.

Whatever the reasons, this is a trend worth commenting on – it’s sad that something which starts off so seemingly small can mean the end a marriage. I know that while I enjoy a glass of wine with dinner, I’m going to make sure it doesn’t become an overwhelming habit.