Alabama’s new abortion restrictions were signed into law by Gov. Kay Ivey. But more has been said recently about the fact that the bill was passed by 25 white men in the state Senate. Media reports have pointed to how this law will disproportionately affect black and poor women.

Only four women currently serve in Alabama’s state Senate. Three voted against the bill, while one abstained.

In response to the Alabama vote, Democratic State Sen. Linda Coleman-Madison compared men’s votes on abortion legislation to “a dentist making a decision about heart surgery.”

“That’s why we need more women in office,” Coleman-Madison said.

Across the country, women are underrepresented in legislatures. But the question is: Would voting more women into office necessarily shift the politics of abortion?

My book, “This Is Our Message,” examines the history of women’s leadership in the modern religious right. When this movement emerged in the late 1970s, women were at the forefront. They helped shape the rhetoric of “family values,” which has included opposition to abortion, feminism and same-sex marriage.

These women’s contributions, however, are often overlooked.

But women also led the movement. Phyllis Schlafly is best known among these women for her fight against the Equal Rights Amendment, which would have outlawed gender discrimination in any law at the local, state or national level. In the early 1970s, the amendment passed through Congress with bipartisan support. Ratification by the states seemed all but certain. 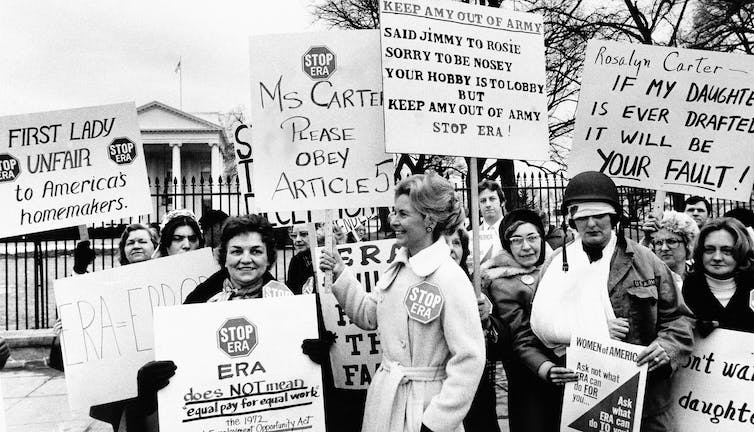 Then Schlafly mobilized hundreds of thousands of women against the amendment. They argued that it would make women subject to the military draft and that it would eliminate laws designed to protect women in the workplace and in divorce proceedings. They also raised the possibility of consequences that seemed alarming at the time but are familiar today, including same-sex marriage and gender-neutral public bathrooms.

These women lobbied their representatives, protested in state legislatures and wrote letters to the editors of local and national newspapers. In 1982, the amendment failed, lacking sufficient support from the states.

Schlafly was not the only female leader of the religious right in this era. In the late 1970s, pop singer Anita Bryant galvanized a sweeping backlash against the gay rights movement. When her local Miami-Dade County passed anti-discrimination protections for gay residents in 1977, Bryant led a successful repeal effort. She then lent her celebrity status and experience to similar fights nationwide.

Two years later, Beverly LaHaye founded Concerned Women for America, which is now the largest lobbying group in the country representing conservative women. Since its founding, the group has organized millions of women across the country to lobby for socially conservative legislation at the local, state and national levels.

Women have also formed the backbone of socially conservative activism at the grassroots level for over half a century. They have written newsletters from their homes and hosted coffee meetings to mobilize their neighbors. They have organized demonstrations and letter-writing campaigns on issues ranging from school curricula to LGBTQ rights to abortion. 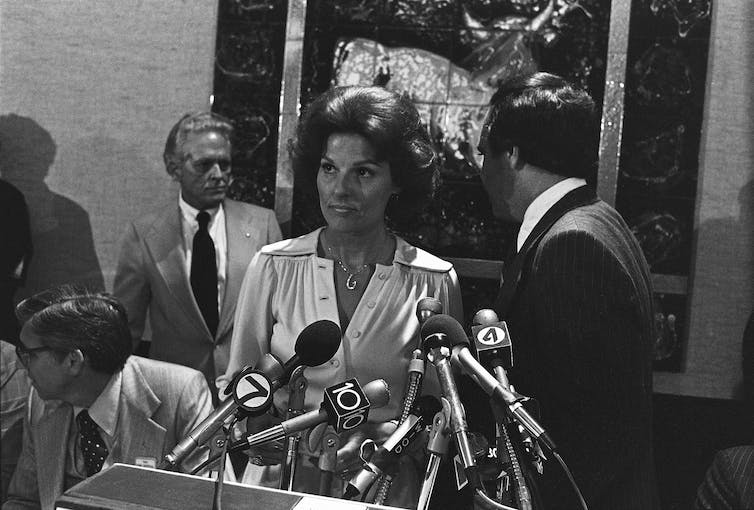 Abortion has been a key issue for conservative women since the 1970s, just as it has been for women on the left. For activists on both sides, this is a core women’s issue.

But on each side of the debate, activists rely on fundamentally different assumptions about women and women’s interests.

Many pro-life women believe that women’s voices are necessary to effectively counter the feminist position.

The female governor of Alabama, Kay Ivey, who signed the abortion bill into law, is a conservative evangelical who has been vocal about her hope to limit abortion access in Alabama. She has also said that it is time for the Supreme Court to reconsider Roe v. Wade, the 1973 decision that decriminalized abortion in the United States.

Ivey is representative of a larger movement of conservative women who passionately oppose abortion. White evangelical women voted overwhelmingly for Donald Trump in 2016. The issue of abortion played a major role in their choice. At the time, an empty Supreme Court seat was at play, and Trump promised to appoint a pro-life justice.

Concerned Women for America and other conservative women’s groups actively supported the nomination of Neil Gorsuch and then Brett Kavanaugh as Supreme Court justices.

Yet, from my perspective, conservative women are being written out of the story again.

Gillibrand’s statement – which fails to acknowledge the role of conservative women in the abortion battle – echoes the rhetoric of the anti-Trump women’s movement. Yet it repeats a pattern of discounting conservative women.

Emily Suzanne Johnson is Assistant Professor of History at Ball State University. This article is republished from The Conversation under a Creative Commons license. Read the original article.