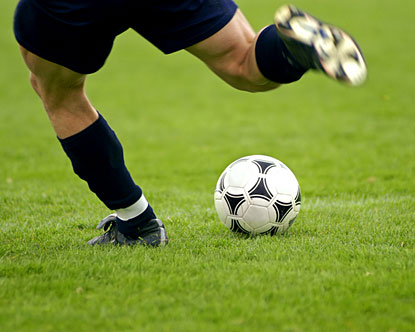 June 11th is the kick-off of the 2010 World Cup in South Africa — the first time a global event like this will take place on the continent. Many critical eyes will be focused not only on the matches but also on the security measures and the overall organization for the 350,000 soccer fans expected.

The South African Emergency Management Services divisional chief, Sean Knoetze, told Associated Press they were prepared for everything: biological and chemical incidents, stadium collapses, aircraft crashes and flooding. “We never know what to expect,” he said. South Africa’s President, Jacob Zuma, addressing the Ugandan parliament in a state visit on March 25th, said the country intends to “disprove skeptics out to “de-campaign” Africa.” Leave for all military personnel will be cancelled during the one-month long tournament to forestall any civil demonstrations, and patrol the country’s borders to prevent trafficking in drugs and humans.

Like the rest of Africa, with its extensive porous borders and authorities stretched to the limit to cope, South Africa has a trafficking problem; even more so because of its many first-world facilities. The country’s Central Drug Authority said about 40,000 women were expected for purposes of prostitution, many from Eastern Europe, although the Drugs and Crime national project co-ordinator disputed the figures, as did Prof. Carol Allais of the University of South Africa, leader of a team which conducted a study for the government on human trafficking. There’s little actual data because police records don’t single out trafficking as a crime. Some people have even suggested that prostitution be legalized in time for the tournament in order to cope with the problem.

40,000 is, coincidentally, the same figure that was expected for the previous World Cup in Germany, 2006, but the authorities were prepared to handle the situation, and only 5 cases were reported after the tournament. This is South Africa’s challenge: as a signatory of the Palermo Protocol (2000) it is required to investigate and prosecute trafficking, as well as train officers to assist and protect victims.

The government has said that a database of human trafficking cases will be set up after the passing of the Prevention and Combating of Trafficking in Persons legislation, which was submitted to parliament last week. Under the new law, offenders can be punished by a maximum sentence of life imprisonment and a fine of 1 million rand (US$136,000).

It is known that trafficking in women, boys and girls is thriving also for reasons of pornography, domestic servitude, forced labour and criminal activities. Two Thai women have already been convicted in Durban where they were running a brothel and are awaiting sentence; the state prosecutors used the racketeering laws related to sexual exploitation. But actual cases are not usually easy to come by since victims are either not allowed to speak up, or are afraid to. The International Organization for Migration says its information is limited to the cases it has dealt with; IOM also questions the data of NGOs which is sometimes inflated as part of their fund-raising strategy.

South Africa is a source, transit point and destination. One thousand Mozambican women and girls are said to be trafficked each year into South Africa. Lured with promises of well-paid jobs, they are raped at transit houses after crossing the border and sold to miners for 650 rand, or brothels for 1000 rand. Malawian women are sold by Nigerian syndicates, to Germany, Italy and Belgium, via South Africa. In June 2009 Europol arrested several people in Italy, mainly Nigerians, holding prisoner girls who were forced to hand over their earnings to pay off travel debts; their travel documents had been confiscated; they were subjected to violent abuse; bonded by a debt they couldn’t repay, and their families threatened. And Chinese traffickers are said to use Johannesburg as a transit point for Swaziland, Lesotho and Mozambique, and their victims sent to Hong Kong and Macau. Girls are told they will be “working in restaurants.”

The trafficking of children from and within Africa is an even more serious problem, though seldom addressed. Hereditary slavery, for example, is an institution in Chad, Niger and Mauritania, where slave castes serve the same family and have been doing for many generations. In Togo and Benin, virgin girls are given as slaves in traditional “shrines” and abused by the “priests” and provide free labour for them.

In Kenya, Malawi and South Africa itself, there is a demand for child prostitutes by White tourists. Children from war zones in West Africa, such as Ivory Coast, are sold as slave labourers to work on coffee and cocoa plantations – remember them next time you eat a chocolate. In Tanzania cases have been cited of trafficked children who later return to their village to recruit new labour for work in the mines. Girls as young as eight are sold in parts of Kenya, Ghana and Zimbabwe as brides for their “purity”, playing on people’s fears of HIV infection. The use and abuse of children in eastern Congo is a whole other story, as is the business in human organs, for sale or witchcraft.

According to a UNESCO report, “Searching for Best Practices to Counter Human Trafficking”, twice as many countries deal in child-trafficking as in the trafficking of women. One third of the African countries reported trafficking to Europe and one quarter to the Middle East and Arab states. The trade does well when a child’s protective environment — school, family and community — collapses. This accounts for the hundreds of street children in most African cities, the drug “mules” and the child soldiers, especially those aged between 12 and 16.

It is when countries are at peace and stable, and when legislation is not only specific to the problem, but, more importantly, enforced, that we can hope to see the beginning to an end of these evils.