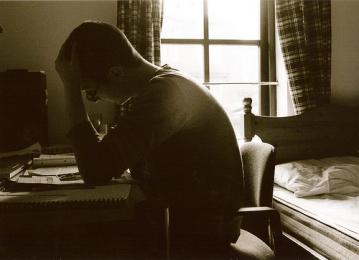 School and drugs is not a combination that any parent wants to confront, although it seems to be a problem that affects working-class rather than middle-class parents on the whole. Or did. According to a New York Times weekend article, abuse of stimulant drugs is a problem in top high schools across the United States.

Pressure over grades and competition for college admissions are driving what appears to be a trend, although its scale is uncertain. Doctors, and teenagers from schools with high academic standards interviewed by the Times gave estimates ranging from15 per cent to 40 per cent of students using “study drugs”. A national Institutes of Health annual survey reports that abuse of prescription amphetamines by 10th and 12th graders has dipped to about 10 per cent.

“However, some experts note that the survey does not focus on the demographic where they believe such abuse is rising steadily — students at high-pressure high schools…” the Times reports. These, as one student informant puts it, are “the A students, sometimes the B students, who are trying to get good grades”. They are the “quote unquote good kids, basically.”

The drugs in question are stimulants like Adderall and Vyvanse (amphetamines) and Ritalin and Focalin (methylphenidates), officially prescribed for children with ADHD to calm them and help them concentrate. But ambitious students find that one pill “can jolt them with the energy to and focus to push through all-night homework binges and stay awake during exams afterward. “It’s like it does your work for you,” says one.

What these smart kids seem ignorant of is the fact that these drugs are Class 2 controlled substances, the same as cocaine and morphine, because they are highly addictive — and can lead into wider drug abuse. Therefore, to even give a classmate one of these pills — let alone sell the pills, as happens — can be prosecuted as a felony.

Still, it seems remarkably easy for kids to get their hands on these drugs. Prescriptions for ADHD medications dispensed for young people aged 10 to 19 have risen 26 per cent since 2007, to almost 21 million yearly, which corresponds to about two million individuals. Some parents demand them of the doctor; students can also play that game, or fool the doctor by faking anxiety and describing symptoms. The drugs enter schools through those who get them legally.

Which suggests, I think, that doctors are prescribing far too readily, and bowing to pressure in a quite unprofessional way.

Looming behind the doctor, though, seem to be two kinds of parents. First, the ultra-ambitious who would risk their child’s health and moral integrity (it’s kind of cheating, after all) to have them get top grades — surely, not many of those. Second, the hands-off parent who doesn’t know that their son or daughter is staying up all night swotting — or doesn’t care so long as they get the right results. Or doesn’t notice there is something different about the kid — and surely there must be signs, mood swings, for example, as he goes super alert and then crashes?

Although a boy in the Times article — one who is not taking the drugs — says to his mother:

“There’s no way you’d notice — that’s why so many kids are doing it… I could say I’m going for a run, call someone I know who does it, get some pills from them, take them, come home and work. Just do it. You’d be just glad that I was studying hard.”

Schools, too, would have to take some responsibility, wouldn’t they? Do they have an honesty code? Is it modelled and instilled by the teachers? Is success implicitly the highest value? Are good study habits taught? Do the teachers know their students as individuals?

Finally, what happens to these young people when they do get into their Ivy League university, or make it into a professional job? There’s one clue in the Times article: a boy who fooled a psychologist into a diagnosis of ADHD, and took higher and higher doses of prescribed and acquired Adderall pills in his last two years of high school, was taking 300 mgs a day by the time he was enrolled at university. He ended up in an emergency room and then in a drug rehab centre.

That’s not a risk any parent, doctor or teacher should want to take.