My wife is an amazing mother to our two (now grown) children. She is attentive, committed, caring and one key reason why they’re each doing so well today. We’ve been married 25 years and, by any consideration, are a happy couple. If I have any regret, it is the fact that we stopped at two children. In our mid-40’s we woke up and realized we would both be OK to try again. It was too late. What happened?

We fell into the “You say yes, I say no” attitude towards motherhood in post-modern America. This is how it went for us: we lived in France at the time, had our two children, then got caught up into making a living for our little family and trying to fulfill our professional ambitions. She got on contraceptives to make it work, and never really had the conversation again for the next 15 years. 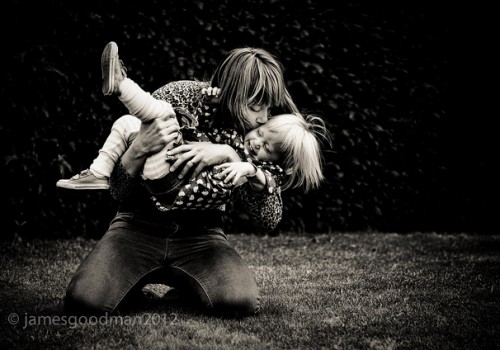 In effect, using contraceptives makes it seemingly very easy for the couple to prevent motherhood, and never talk about it again. Contraception is the big “no!” to motherhood. It’s also the big no to womanhood, as women hijack their hormonal system and natural cycles, which has a heavy cost. As my wife says: you apply massive hormonal artillery to your reproductive organs to eliminate a fragile, normal process.

Of course, our society and economy demand that from women. There is an expectation and, most of the time, a need for dual income, but very little accommodation for motherhood. I have a staff member (at my paid job, not Natural Womanhood) who is pregnant and due in September, and I can see how difficult it is for her to plan for the next step: 6 to 8 weeks off and then what? She is trying to figure what will happen to her two-month-old when she goes back to the office. I can’t imagine how that must feel[i]. In some European countries, a woman can take off longer, sometimes with pay, and go back to her job a year later. Not here: our society and our way of life requires early separation between mothers and their kids, and that’s in part why it also demands a more definite separation between sex and having babies. And it supplies the tool to do so: contraceptives.

American culture also fights motherhood in a deep and complex fashion. The most obvious is the drama and stigma created around unplanned pregnancies[ii] and teenage pregnancies[iii] by our health policy makers and the media that support their narrative. Many of us are the fruit of an unplanned pregnancy; there is nothing wrong with that. Not that planning isn’t a good idea, but unplanned babies are still about forty percent of all newborns and we should rejoice for them and truly celebrate their mothers[iv]. Teenage pregnancy is a real social issue, but we’re making it an excuse for massive promotion of contraception directed at teens. In reality, the crisis of unplanned pregnancies is more a crisis of fatherhood than it is of motherhood.

For us, while unsaid, the question of having more kids was always there, but the conversation never happened. Looking back, avoiding the question was more a fruit of disharmony in our marriage at the time, and an unspoken insecurity for which I bear great responsibility, than a truly planned and rational decision.

Forward to 2008-2012 when we started learning more about fertility awareness methods (FAM) and natural family planning (NFP) and how couples live it. I am always struck by the deep love in the couples who have been using it since early on in their marriage. Just a couple of days ago, we heard one of these couples share their story as they spoke to engaged couples at a Natural Womanhood presentation. This couple discovered NFP after their second child: it changed everything for them, and they fell in love all over again and they are still in love 12 years later. They also have five children that they chose and planned to have.

I think all the above are good reasons. But a major reason is this: they say yes together and no together. Instead of being in conflict with each other about sex and babies, shutting down the dialogue, following the culture and society’s pressures, fighting motherhood chemically, they have an ongoing conversation about it. They work it out and talk. Every month, they have the option of welcoming motherhood again, or postponing it. It doesn’t mean they won’t make love that month. It means that for a few fertile days (typically five to eight), which they can identify very accurately, thanks to the methods of NFP/FAM they have learned, they will mutually agree to abstain from sex. They do so without a fight, and with a common sense of purpose, mutual support and love for each other.

I don’t want to over-romantize this process. If you read Simcha Fisher’s brilliant (and hilarious) book The sinner’s guide to NFP you will read that it’s not all roses every day. But I would take the dialogue and some struggle any day, and have a deeper sense of connection with my wife about this topic, instead of walking around the elephant in the room for years and wondering what happened when it’s all over. Natural birth control methods set up conjugal partners for a real dialogue, more transparency, and can even lead to healing of individuals and couples who courageously seek the harmony and peace promised by their commitment to each other.

I suggest that, on this very special day of Mother’s Day, we stop speaking out of both sides of our mouths and truly celebrate motherhood in America. Fertility awareness does just that.

Gerard Migeon is the founder and CEO of Natural Womanhood, where this article was first published.

[i] Read the deeply felt outcry from this 2015 Advertising Working Mother of the Year, who while she was honored and touched by the award, writes how “it was a bittersweet win.” While she can’t be held responsible for her 15- year-old daughter’s mental illness, she feels a deep sense of loss and regret as a mother.

[ii] Google “unplanned pregnancies” and you will find alarmist articles like this one or that one, all feeding the narrative about how more contraception is the answer. By the way, half of unintended pregnancies were due to contraceptive failure, which says something about the true effectiveness of these methods.

[iii] On this topic, read this interesting article from a now adult teen mom trying to make sense of the dual message from culture, check out the following ad campaign in New York city and listen to what these teen moms are telling us.

[iv] In fact it is becoming more obvious that it’s economies with low birth rates and too few kids that are going to run into the ground, not the ones with a healthy population growth.