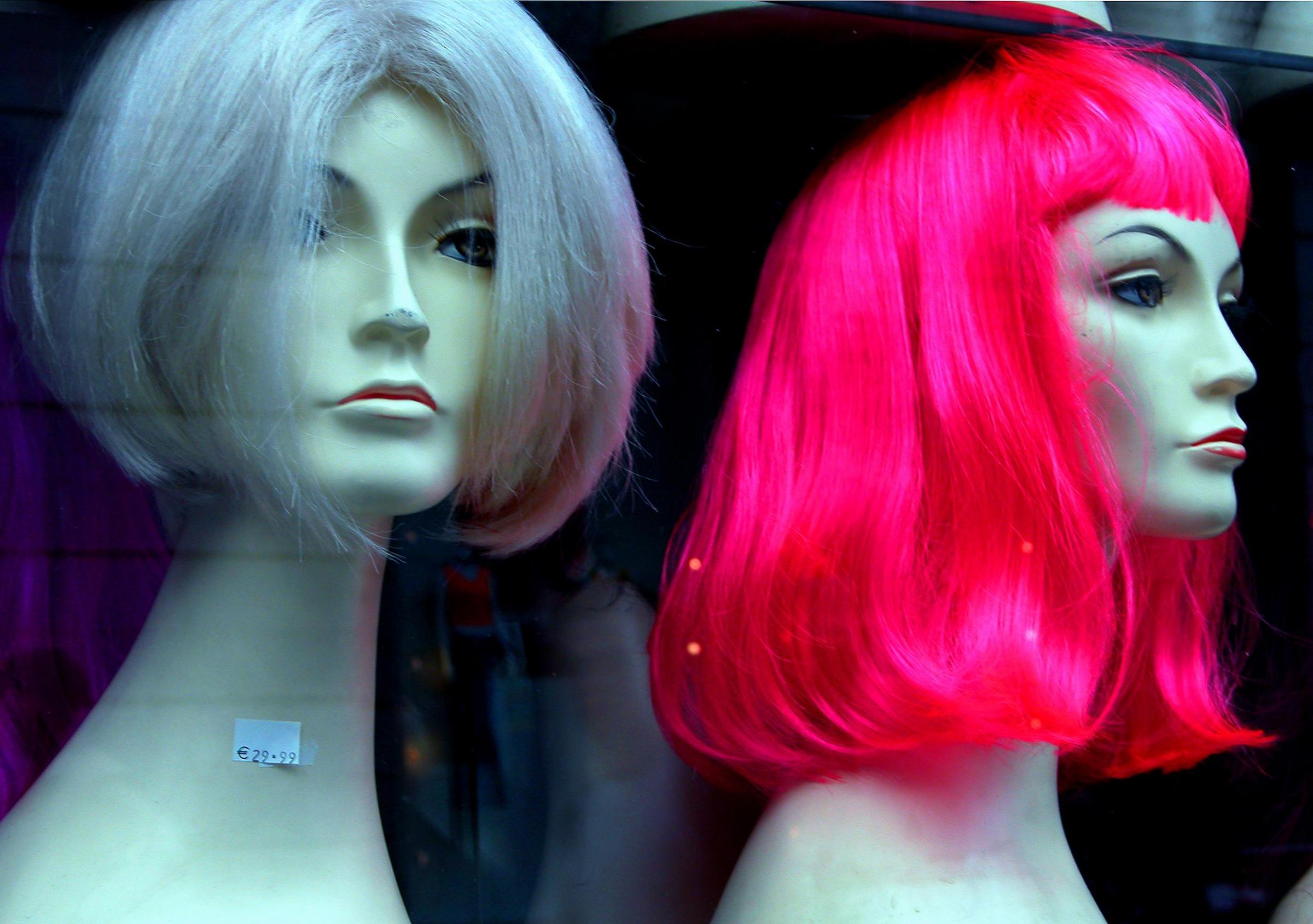 About 10 years ago I attended an intensive personal development program. It involved activities from rope courses in southern California to building outhouses in a homeless camp in Mexico. The goal was to develop qualities such as courage, compassion, vulnerability. In one exercise, I had to stand in front of my five team mates, all sitting in a circle, and express a very personal desire so that the mere energy coming out of me would make them stand up all at once. We were in a room where about 50 other teams were doing the same. After a few attempts, I got my team to rise as one and the whole room to hear when I exclaimed with the power of conviction: “I want to be myself!”

Being myself now is amazing. I am more realistic and real, think with more clarity and decisiveness, know what I want, experience deeper joys, know how to find peace within. I know that all kinds of things can get in the way of that freedom to be yourself, but for women, it may even be thwarted by their choice of birth control.

“It’s not me,” is the title of the introduction to Sweetening the Pill: Or How We Got Hooked on Hormonal Birth Control, by Holly Grigg-Spall. “In the few months I took off the Pill, I felt lighter,” Spall writes. “A rush of positive emotions let me feel happiness, excitement and enthusiasm. I became stable in both my thoughts and feelings. . . . I reconnected with the world.” She goes on to quote her doctor who after 20 years on the Pill said, “When I came off of it, I realized that I was a completely different person to who I’d thought.” Then another woman is quoted saying, “That is how I would describe coming off the Pill—an awakening.”

Is this effect of the Pill just someone’s imagination, or the experience of a few women? How can it be that women who are on hormonal contraceptives are changed by it? What can you do if you are one of them?

Did you grow up with hormonal braces?

If you have grown up on the Pill from the age of 12 or 14 like many teens do, you may not be aware of what it’s doing because it’s been part of you for so long. We also know that these teen years are critical for the formation of the brain and a time of hormonal changes.

Women who grow up with the Pill are somewhat like Forrest Gump growing up with his leg braces. Because “his spine was as crooked as a question mark” his country doctor casually prescribed leg braces for him. Leg braces were a fad in the 1950s in great part because of the polio epidemic. But not all of these prescriptions were justified. So children were growing up used to this implement designed to correct their posture.

Being on a massive hormonal “boost” every day for many years, you may be like a child growing up with leg braces: that’s all you know, you don’t even realize what it feels like to be without them and who you can be when you’re off them. You’re on hormonal braces and it’s not really you. You don’t need these braces and they may be affecting the real you.

Dramatic and unexplored effects on the brain

A 2012 article in Scientific American reports that the Pill has significant and as yet unexplored effects on women’s brains: “It is a huge experiment whose resolution will not be known for a while, but a new study in the journal Brain Research demonstrates that the effects are likely to be dramatic. It found that birth control pills have structural effects on regions of the brain that govern higher-order cognitive activities, suggesting that a woman on birth control pills may literally not be herself — or is herself, on steroids[i].”

It sabotages women’s intuitions about men

One example of change is how women’s tastes in men can be reversed by hormonal contraceptives to where they are drawn to men who are a bad biological match for them[ii]. This is how it works in simple terms: women are naturally predisposed to be attracted to men who have a different genetic code than their own. It’s a system that ensures that their offspring will have a more robust immune system. However, the Pill makes a woman’s body think it’s pregnant, and that attraction is reversed: they prefer instead men whose genes are like their own. Two things may happen as a result: they won’t like the guy they’re with when they get off birth control, and/or their kids may have surprising immune deficits. Could that be why we see so many autistic and ADHD children? It would be worth a study.

Is the Pill an anti-depressant or a cause of depression?

It’s not rare to hear women complain about feeling depressed when they’re on the pill or other hormonal contraceptives. In her blog post about the Pill and depression, Harley Stevens describes the symptoms she experienced after starting on Loestrin Fe®: “Within weeks, I couldn’t engage with my friends, or glean any sense of pleasure or happiness from my surroundings. I gained a not insignificant amount of weight, and couldn’t satisfy my appetite. I wanted food simply for the sake of eating, not out of hunger or taste. I was no longer myself. . . . I felt empty.”

The jury is still out on what actual effects contraceptive hormones have on the brain’s neuro-transmitters that regulate moods. But they do have an impact. A 2013 study[iii] claims that hormonal contraceptives may have a role in regulating moods in women and even suggests they could be used to reduce depressive symptoms. Yet it acknowledges that “estrogen has widespread effects on the brain and behavior through direct and indirect genomic and non-genomic actions.” The authors also recognize that women who have a predisposition for depression are more likely to get off the hormone contraceptives because a side effect can be feeling more depressed. Knowing the prevalence of depression in our society, this fact should be a red flag for women in considering their birth control.

If you’re currently taking hormonal contraceptives, are you experiencing depressive moods and feelings, or simply feeling strange? Maybe you have been on the Pill so long that you can’t tell anymore what would feel normal. Here are a few questions you can ask yourself to gauge your sense of self:

Do you have a general positive feeling about yourself and who you are?

Do have energy for your daily activities?

Do you experience regular times of peace, even when everything is not going perfectly in your life?

Do you often experience satisfaction with what you contribute to others?

Can you be spontaneous most of the time?

Do you regularly stand for what you believe?

Do you feel that you function at your maximal intellectual and creative potential?

Are you OK being challenged at times?

Can you speak freely about your own talents and vulnerabilities?

You’re a complex human person and I know that there are other factors that can affect your sense of “being yourself.” But I really encourage you to consider how contraceptives may be changing you.

The good news is that you don’t have to be on contraceptives, even if you were using them for health reasons. In fact, charting your cycle is the best way to treat the root causes of disorders like cramps, PMS, irregular bleeding. Fertility charting is also just as effective as the Pill, with no side effects.

One day, Forrest Gump is chased by bullies, and as he starts running, the braces he’s been wearing for years fall off. He suddenly realizes he doesn’t need them at all. He’s free! He can “run like the wind.” That moment when the braces come off his legs is a beautiful and liberating one. Like Forrest, you may be on hormonal braces that keep you from being you.

Are you like Forrest Gump? Run! Run and be free! And find yourself again.

Gerard and Anna Migeon founded Natural Womanhood, a non-profit that promotes fertility charting so that women know their bodies, and enjoy good health, sexual intimacy, and effective family planning. They live in San Antonio, TX and have two adult children. This article first appeared on their website, www.naturalwomanhood.org

[i] Women’s Brains on Steroids. Birth control pills appear to remodel brain structure, September 28, 2010, Craig H. Kinsley and Elizabeth A. Meyer http://www.scientificamerican.com/article/womens-brains-on-steroids/ The article speaks about this research report: “50 years of hormonal contraceptives, time to find out what it does to our brains.” Pletzer BA1, Kerschbaum HH2. http://www.ncbi.nlm.nih.gov/pmc/articles/PMC4139599/