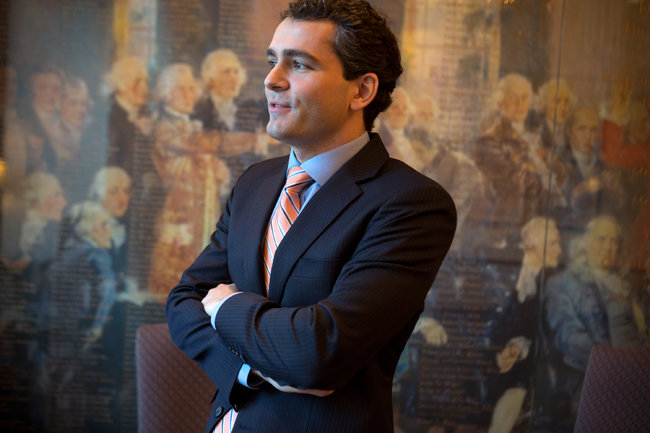 An interesting (and surprisingly fair) article in the New York Times today, interviewing young opponents of same-sex marriage. Many of them are extremely savvy and articulate. Ryan T. Anderson (pictured above) is a 31-year-old Princeton grad who recently wrote a report for the Heritage Foundation on gay marriage, Marriage: What It Is, Why It Matters, and the Consequences of Redefining It. He has been lobbying members of Congress. But the fight is not easy.

“The primary challenge that our side faces right now is the intense social pressure,” said Joseph Backholm, 34, the executive director of the Family Policy Institute of Washington. “To the extent that the other side is able to frame this as a vote for gay people to be happy, it will be challenging for us.”

This is a problem I can empathise with, and one which all young supporters of the traditional definition of marriage right around the world can appreciate.

Here in Australia, most major opinion polls show overwhelming support for same-sex marriage among youth. This has the effect of peer-pressuring many young people into supporting same-sex marriage. No student wants to be the odd-one-out at school or university on any issue, especially on such an emotionally charged issue as same-sex marriage.

Speaking from my personal experiences, the framing of the debate in terms of gay rights by the same-sex marriage lobby causes youth to instinctively fall back on platitudes of equality and ignore all other issues in the debate. Once the real issues in the debate are pointed out, many of them tend to have at least a slight change of attitude. When they realise that the same-sex marriage issue is one fundamentally about marriage and in turn the well-being of children, and not about same-sex couples per se, they can appreciate that there is another legitimate side to the issue.

The same-sex marriage lobby has also been very successful in many countries at billing the redefinition of marriage as “inevitable” in an attempt to bully opponents into silence. But regardless of whether or not same-sex marriage is inevitable, it does not follow that it is desirable: we say that every impending disaster is inevitable, whether it be a hurricane, a debt crisis, or a death.

In any case, there is nothing inevitable about same-sex marriage. Social attitudes and opinion polls can change. It is only inevitable if we give up. And it is reassuring to see that around the world we are not giving up.