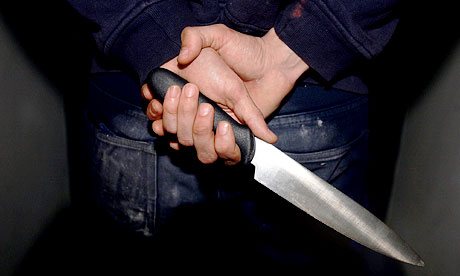 Yesterday in separate appearances at the Auckland District Court in New Zealand two boys were charged in relation to the killing of a suburban dairy owner, Arun Kumar, two weeks ago. The age of the boys has shocked authorities and the public: they are 13 and 12, charged respectively with murder and manslaughter plus assault.

This is no isolated event. The breakdown of family life combined with popular media influences is turning children into predators and criminals, with uncontrolled appetites for what they perceive as goods, having nothing better to live for than consumption.

The long-term solution is the preparation for adults for parenthood and support for their role. But short-term there is an urgent need for community initiatives that can take these kids off the street and provide them with constructive activities and character formation they are never going to get at home.

The Auckland boys went to Mr Kumar’s convenience store at 7.30 in the morning, evidently with the intention to rob him, but the attempt led to his being stabbed, in front of his wife who was also in the shop. The fatal incident, however, did not come out of a clear blue sky. Locals told the NZ Herald about a group of young teens who had been terrorising the neighbourhood:

John Tuapiki lives near the Railside Dairy and visited the bakery next door about 20 minutes before Mr Kumar died. He said a youth had been threatening people near the dairy with a large knife on Monday afternoon, asking for cigarettes.

A teenager said he was attacked by youths demanding cigarettes across the road from the dairy.

He was punched to the ground by one while another tried to steal his cellphone. They threatened to stab him and his girlfriend before “gapping it” when an adult pulled over in a car.

To no-one’s surprise, surely, some information about the boys’ families suggest chaotic homes. So what is to be done about kids running wild and dangerous?

Confronting this problem the City of Baltimore in the US has recently cranked up its curfew law. Starting with the new school year, children under 14 will have to be off the streets year round by 9pm. Children 13 through 16 will be able to stay out until 10 on school nights and 11 p.m. on weekends and over the summer. This will replace the current curfew law, which allows all children and teens under 17 to stay out until 11 p.m. on weeknights and midnight on weekends.

The new law also will extend the daytime curfew hours from 7:30 a.m. to 3 p.m. That daytime rules will restrict those under 16 from being in public places or stores during the hours when they should be in school.

Some exceptions will apply, including allowing young people to be out late if they are with a parent, or traveling home from work or going to a religious event or a recreational activity.

The stricter curfew has, of course, met with an outcry from civil liberties and some community groups, but Mayor Stephanie Rawlings-Blake says it is necessary to keep the city’s children and teens safe and identify families in need of intervention.

Eventually, the mayor wants to open nine centers in schools and recreation centers. The first center will open initially from 8 p.m. to 4 a.m., but the hours will be expanded over time to run around the clock.

Much like the practice now, the youths will be brought to the center by police — they will not be arrested or handcuffed — and interviewed by officials.

Officials will contact the child’s parent or guardian if they deem it’s safe for him or her to go home. If not, the child would be placed in the care of Child Protective Services.

The parents or guardians would face a fine of $500, up from $300. But the fine could be waived if the family participates in counseling sessions provided by the city.

Councillors voted 31-2 for the measure early this month.

The Russian English news site RT, which seems very interested in Baltimore’s move, interviewed a local teacher about it:

Tassie Makranczy, a Baltimore resident who teaches high school elsewhere in Maryland, applauded the move. “I’m really happy this passed. Underage kids out late at night when they have no need to be have been, and continue to be, a serious problem in Baltimore. A lot of the crime is being done by underage kids who have no business being out on the streets that late at night,” she said in a phone interview with RT.

“In my neighborhood, the big problem is kids out on the street way past late, making a lot of noise. They’ll be dressed all in black, walking down the middle of the street when I’m driving at 11 o’clock at night. It’s dangerous for them and it’s dangerous for me,” Makranczy continued. “Most of the crime being done in my neighborhood is being done by underage kids, like cars being broken into or a couple homes being broken into.”

However, she also agrees with some critics that the city needs to provide activities that parents, sometimes for good reasons, cannot:

“The city needs to give them some sort of things for kids to be doing, ”Makranczy said. “There are a lot of working-class families where the parents are working second shift or sleeping, so we need city-wide programs to address that.”

We have to work with the parents, but don’t we first have to save children from being a danger to themselves and others?