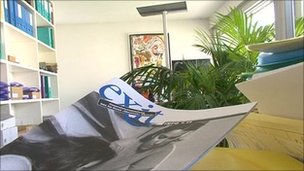 Voters in Zurich, Switzerland, have today rejected proposed bans on assisted
suicide and ‘suicide tourism’. A proposal to restrict access for foreigners to
assisted suicide only to those living at least one year in the canton was rejected by 78.4 percent of voters.

A second popular initiative launched by
fringe conservative parties the Federal Democratic Union and the Evangelical
Party seeking a national ban on assisted suicide was rejected by an ever
greater majority.

The main right-wing and left-wing
parties had campaigned against both initiatives, calling on their supporters to
vote against them.

Under Swiss law it is legal to assist a
person to commit suicide as long as the helper has no vested interest in the
death. It is legal to procure lethal medication for another person but not to
administer it. About 200 people commit assisted suicide each year in Zurich.

Dignitas, the only Swiss association
that helps applicants from abroad commit suicide, has so far accompanied 1,138
people in taking their own lives. Of these cases, 592 came from Germany, 160
from Britain, 118 from Switzerland, 102 from France, 19 from Italy, 18 from the
United States and 16 from Spain.

But another group, Exit, will only help
those who are permanently resident in the country – saying the process takes
time, and much counselling for both patients and relatives.

An earlier opinion poll had suggested
that two thirds of Swiss people were concerned about suicide tourism. However
this does not seem to have outweighed the general support for the status quo in
today’s referendum.

The controversial Dignitas facility run
by Ludwig Minelli has attracted much criticism in recent years over discarded cremation urns dumped in Lake Zurich,
reports of body bags in residential lifts, suicides being carried out in car
parks, the selling of the personal effects of deceased victims and profiteering
with fees approaching £8,000 per death.

Although most assisted suicides have
been carried out for patients suffering from cancer, multiple sclerosis or
motor neurone disease there have also been case reports of people who could have lived for decades ending their lives
(including those with arthritis, blindness, spinal injury or diabetes)

Thus far about 160 Britons in ten years
– on average 16 per year – have killed themselves at Dignitas. This is a very
small trickle compared with the 650 and 13,000 who, on the basis of a House of the 2005 Lords Select Committee report, it was
estimated would die in Britain annually under an Oregon or Dutch-type law
respectively. The numbers in Oregon in particular have since increased
significantly since 2005 and a more accurate estimation now would be 1,200
British deaths annually with an Oregon-type law.

A recent study by Clive
Seale at Brunel University found no cases of assisted suicide in
Britain itself.

The British Suicide Act is thereby shown
to remain fit for purpose. Through its blanket prohibition on all assistance
with suicide, it continues to provide a strong deterrent to the exploitation
and abuse of vulnerable people whilst giving both prosecutors and judges
discretion in hard cases. It strikes the right balance, is clear and fair and does
not need changing.

British parliaments have rightly
rejected any loosening of the law here three times over the last five years –
in 2006, 2009 and 2010 – on the basis that any change would place pressure on
vulnerable people (those who are elderly, disabled, sick or depressed) to end
their lives for fear of being a financial or emotional burden on others.

The Swiss vote means that the small
number of British people travelling to Switzerland to end their lives will
probably continue but we should continue to resist any calls from pressure
groups to weaken the law here in the UK.


Dr Peter Saunders is a former general
surgeon and CEO of Christian
Medical Fellowship, a UK-based organisation with 4,500 UK doctors
and 1,000 medical students as members. This article has been cross-posted from
his blog, Christian Medical Comment.